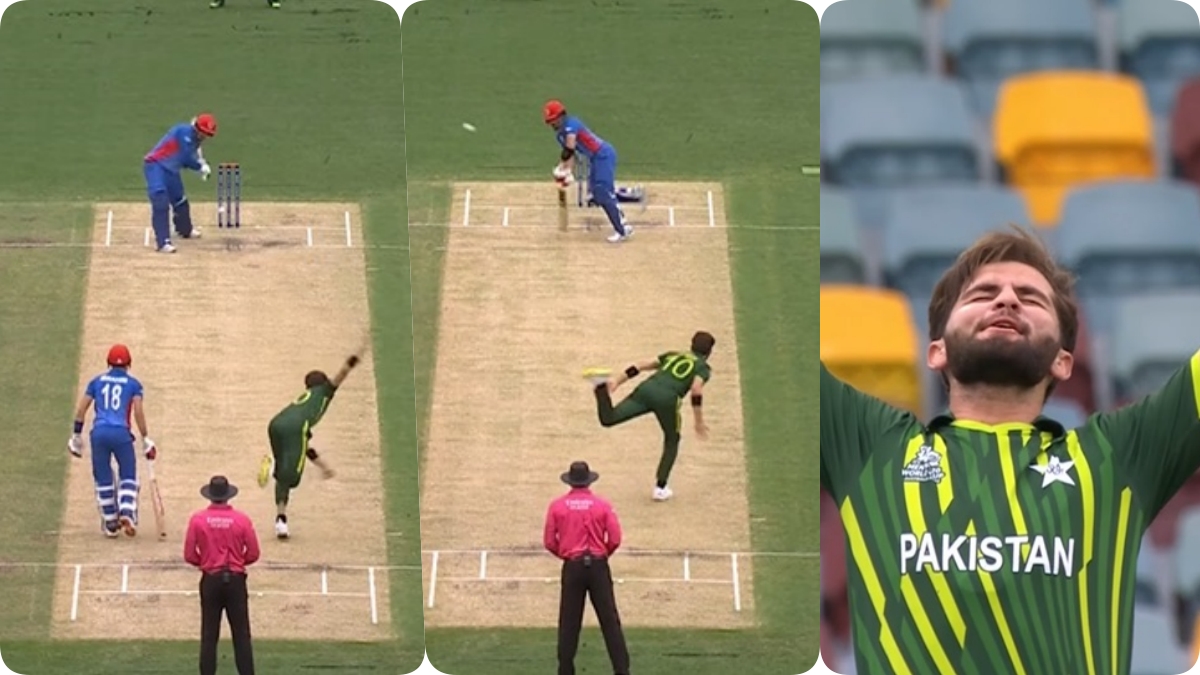 Pakistani pacer Shaheen Shah Afridi made a brutal comeback for the T20 World Cup 2022 by keeping up his strength.

The pacer spent weeks in England receiving treatment for ligament damage to his right knee before travelling to Australia to perform in the major event.

During a warm-up match against Afghanistan, Shaheen bowled a deadly toe-crusher to Afghanistan’s opener Rahmanullah Gurbaz and left him limping.

Afridi took the wicket in the first over of the innings but left the batter injured after the ball hit his toe. A deadly yorker from Shaheen Shah left Gurbaz unable to walk after he was hit on the left foot. The batter was in extreme pain. The incident happened on the fifth delivery of the first over.

The Afghan player took back to the dugout with his teammate’s support due to the pain.

Pakistan fans became excited after they saw Shaheen in full rhythm. The left-arm pacer conceded just four runs with two wickets in his first spell of two overs. Later on, he finished with the figures of 2-29 in four overs.

A toe crushing yorker from Shaheen, gets Gurbaz and he was taken off the field in the shoulder by a team-mate. pic.twitter.com/L0nJ3lZ55l

More than 600,000 tickets have been sold for the Twenty20 World Cup in Australia, officials said, hailing big demand for a host of sell-out blockbuster games.

Seven Australian cities are hosting. Australia’s opening match as defending champions against New Zealand, a repeat of last year’s final, will be played before a capacity crowd at the Sydney Cricket Ground.

The India-Pakistan fixture the following night is also sell-out, with more than 90,000 fans set to jam the Melbourne Cricket Ground after additional standing-room tickets were snapped up within 10 minutes.

Only a small number of tickets remain for the event’s opening match-day, which pits Sri Lanka against Namibia before the UAE faces the Netherlands at the 36,000-capacity Kardinia Park Stadium in Geelong.

“We’re delighted that we’re set to see big crowds for both the opening match of the event in Geelong this Sunday and the first weekend of the Super 12 stage in a week’s time,” said ICC T20 World Cup chief Michelle Enright. “It’s going to be fantastic to see full stadiums for cricket in October.”