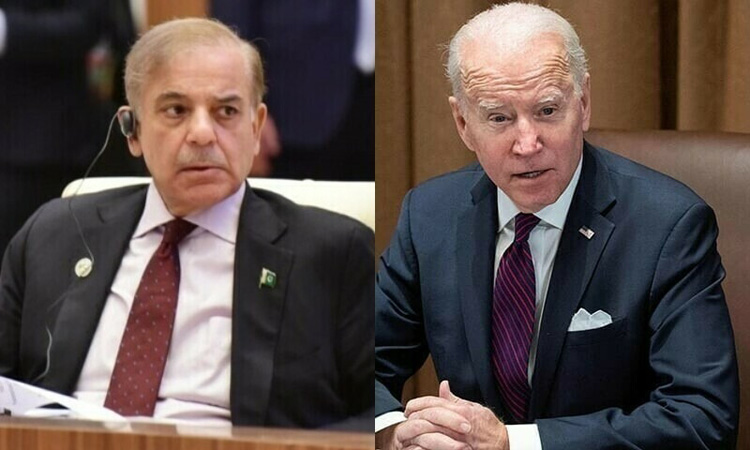 Acting Foreign Secretary Jauhar Saleem on Saturday called in US Ambassador Donald Blome to deliver a demarche conveying Pakistan’s disappointment and concern on the unwarranted remarks made by the US President, which were not based on ground reality or facts.

“It was made clear that Pakistan was a responsible nuclear state and its impeccable stewardship of the nuclear programme and adherence to global standards and international best practices was well acknowledged, including by the IAEA,” the Foreign Office Spokesperson said in a press release.

The demarche was conveyed on the recent remarks made by US President Joe Biden during a Congressional campaign committee reception on October 14.

The real threat to international peace and security was posed by violation of global norms by some states, repeated nuclear security incidents without any accountability, and arms race between leading nuclear weapon states and introduction of new security constructs that disturb regional balance, it was added. “It was essential to maintain the positive trajectory of Pakistan-US relations and the close cooperation between the two sides to build regional and global peace,” the spokesperson said. app

The US president’s remarks were made in the context of the changing geopolitical situation globally. He said the world was changing rapidly and countries were rethinking their alliances. “And the truth of the matter is – I genuinely believe this – that the world is looking to us. Not a joke. Even our enemies are looking to us to figure out how we figure this out, what we do.” There was a lot at stake, Biden said, emphasising that the US had the capacity to lead the world to a place it had never been before. “Did any of you ever think you’d have a Russian leader, since the Cuban Missile Crisis, threatening the use of tactical nuclear weapons that would – could only kill three, four thousand people and be limited to make a point? “Did anybody think we’d be in a situation where China is trying to figure out its role relative to Russia and relative to India and relative to Pakistan?”

Talking about his Chinese counterpart Xi Jinping, the US president termed him as a man who knew what he wanted but had an “enormous” array of problems. “How do we handle that? How do we handle that relative to what’s going on in Russia? And what I think is maybe one of the most dangerous nations in the world: Pakistan. Nuclear weapons without any cohesion,” Biden said. Meanwhile, the White House has said that US President Joe Biden’s remarks pertaining to Pakistan’s nuclear programme were “nothing new” as he has made such comments before. In response to a question during a press gaggle, Press Secretary Karine Jean-Pierre said Biden views a secure and prosperous Pakistan as critical to US interests.

“So that is something [about what his views have] been on Pakistan,” the press secretary said. “More specifically he’s made those comments before, so that is nothing new – what you heard from him last night.” Defending Biden’s remarks, the press secretary said that Biden believes in a secure and prosperous Pakistan, and so he thinks that’s “important to US interests”. Responding to the development, Prime Minister Shehbaz Sharif on Saturday said that Pakistan rejected the remarks reportedly made by US President Joe Biden which ‘are factually incorrect and misleading’. “Over the past decades, Pakistan has proven to be the most responsible nuclear state, wherein its nuclear programme is managed through a technically sound and foolproof command and control system,” a press statement of the PM Office Media Wing quoted the prime minister as saying.