Here’s why over 400 whales died on New Zealand islands 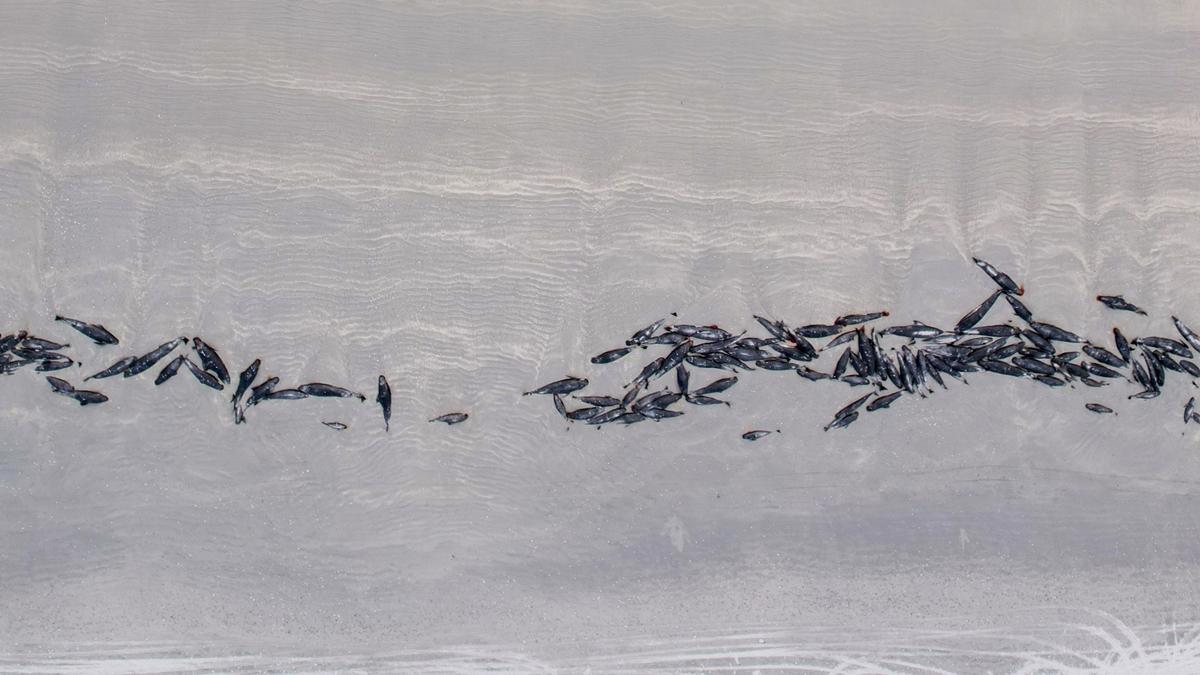 Another pod of 240 pilot whales died after being stranded on Pitt Island, New Zealand in the Pacific Ocean, days after 215 whales perished during a strange beaching occurrence. The Department of Conservation claimed that the remaining whales were euthanized even though the majority of the whales perished naturally.

The whales were put to death because, in addition to the logistical challenges on the Ne Zealand island’s population of less than 100, there was a risk that sharks might eat them if they were refloated into the ocean.

“This decision is never taken lightly, but in cases like this, it is the kindest option. The conservation department does not try to refloat whales in the area due to the risk of shark attack to both humans and whales,” Dave Lundquist, marine technical advisor at the Department of Conservation, told Reuters.

On the Chatham Islands archipelago, which is located around 840 kilometres off the east coast of New Zealand South Island, a pod of whales has been discovered. Pitt Island and Chatham Island are the only inhabited islands in the archipelago. The Saturday stranding on Chatham Island also resulted in the death of any remaining pilot whales.
One of the most puzzling phenomena in marine science is whale beaching, which marine biologists are still trying to understand. Scientists hypothesise that the cause may be due to the social nature of colonial whales and dolphins. They are known to gather near injured or distressed whales as they travel in pods, frequently following a leader.
Some suggest that it might be the pack’s mistaken leader, while others surmise that there was a misadventure in which a few animals got into trouble and the others followed. Other experts have also attributed the beachings to variations in the electromagnetic fields in the area brought on by solar flares or seismic activity.
As pilot whales use sophisticated sonar to locate prey and for orientation, it should be noted that changes in the electromagnetic field could cause them to travel in the wrong direction and away from the sea. Another factor that is unique to the island is that if whales or dolphins are captured in the waters, they will inevitably be pushed onto the shore and left stranded due to the tides and the shape of the beaches.
The region’s whales’ dietary habits are revealed via a 2019 study. A variety of squid were found in the stomachs of 114 long-finned pilot whales that stranded at four different places around Tasmania between 1992 and 2006. It suggested that the prey may have been nearer the shore, enticing a few individuals to the beach, and the rest of the pod followed them.