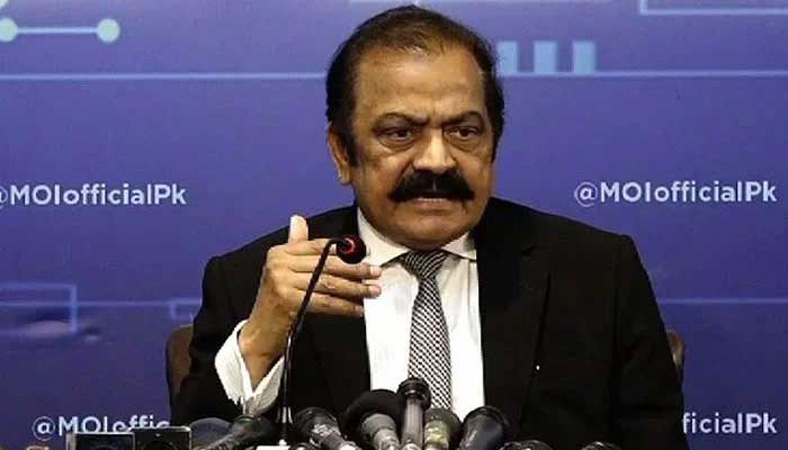 The Lahore High Court’s (LHC) Rawalpindi bench Friday suspended a non-bailable warrant to arrest Federal Interior Minister Rana Sanaullah Khan, which were issued by a special magistrate for failing to appear in an inquiry regarding a corruption case filed against him. Justice Sadaqat Ali Khan of the high court’s Rawalpindi bench heard the case and has stopped the Anti-Corruption Establishment (ACE) Punjab from taking any actions on the arrest warrant including the minister’s arrest and raids in the case. Meanwhile, the ACE has been issued a notice by the Rawalpindi bench in which it has sought records related to the case. The development came following a petition filed by the interior minister’s counsel advocate Razzaq A. Mirza on his behalf, which stated that the ACE has obtained the warrant through misrepresentation. The court has summoned ACE along with the case records on October 17. Last week, the court of Special Judicial Magistrate Ghulam Akbar had issued an arrest warrant for Sanaullah. According to Adviser to Punjab Chief Minister for Anti-Corruption retired Brigadier Musaddiq Abbasi, Sanaullah had taken two plots as a “bribe” from an “illegal housing society” – the Bismillah Housing Scheme – in Chakwal district.

On October 10, an ACE team returned empty-handed from Islamabad’s Secretariat Police Station after failing to arrest Sanaullah because of a “lack of cooperation” by the Islamabad police. However, the Islamabad police had claimed that ACE refused to present the record in the case.

Meanwhile, earlier this week, Sanaullah accused the anti-corruption department of “tampering records” and “misleading the court” in a four-year-old case against him. “ACE has obtained the warrant by deceiving and misleading the court by deliberately hiding the facts.

This is why they are hiding the case records along with the warrant which is a legal requirement,” the minister said, adding that he would approach the court against ACE.