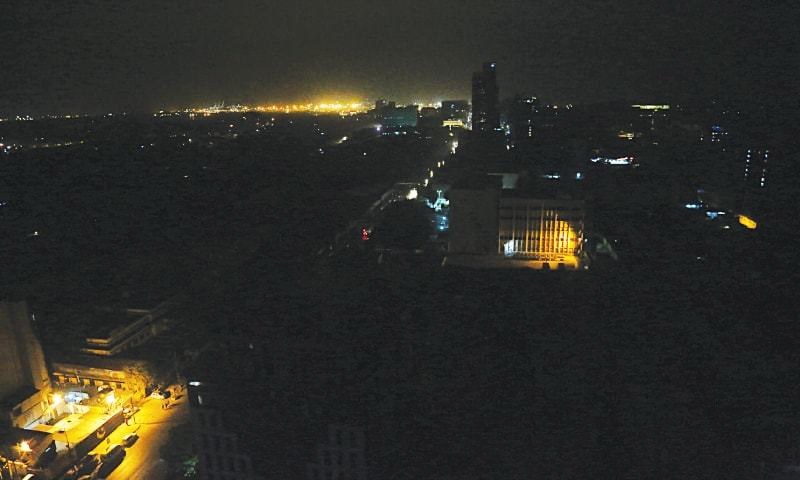 On Thursday, Southern parts of the country, mainly Sindh, Punjab, and Balochistan, were left without electricity due to a glitch in a power station.

A massive breakdown of electricity affected many cities in Punjab, including Lahore, as well as several in Sindh, including Karachi.

According to official sources, six units were tripped due to a technical glitch in Guddu Thermal Power Station.

These six units had been generating 832 megawatts of electricity, and due to their tripping, electricity production has been reduced to zero.

Moreover, power supply to Sindh, Balochistan and Punjab from Guddu Thermal Power Station has been suspended.

“The cause behind the power suspension is being investigated. Teams are active in restoring the power supply,” a K-Electric spokesperson said.

There are reports of multiple outages from different parts of the city. We are investigating the issue and will keep this space posted.

The Sindh High Court, city and accountability courts located in Karachi were left without power following the breakdown.

Moreover, the power supply was suspended in the provincial capital of Punjab, Lahore, due to the system frequency being down. The power was also suspended in cities of southern Punjab including Rajanpur and Muzaffargarh.

The electricity was suspended at the Kala Shah Kaku and Ravi circuits of the National Transmission and Despatch Company (NTDC).

The system frequency had downed due to a difference in supply and demand, the LESCO sources said.

Meanwhile, Quetta Electric Supply Company (QESCO) has stated that at least 28 districts of Balochistan were left without power due to the fault.