Response to allegations by Express TV

A number of accusations have been made against me on Express TV by the anchor Ahmed Quraishi. I would like to put on record that these accusations are completely false and constitute incitement to violence, hate speech, slander and libel. Ahmed Qurashi’s entire conspiracy theory rests on the assumption that I organised the seminar at the Lahore University of Management Sciences (LUMS), that I organised the seminar at Kuch Khaas and that I trapped Sabeen Mahmud into organising the seminar at The Second Floor (T2F). The simple fact is that I had absolutely nothing to do with the seminar at LUMS, I did not organise the seminar at Kuch Khaas (although I did speak there for five minutes) and I had nothing to do with the seminar organised in Karachi at the T2F (organised by Sabeen Mahmud).
My sole submission during this period has been to defend academic freedom. And to this extent the full extent of my activities has really only been restricted to status updates on social media (some of which were picked up by various English language newspapers and bloggers). In this regard, I feel I have done nothing that any academic would not defend.
I have no relationship with any Baloch nationalist group or with any armed Baloch nationalist group. Naturally, I take an interest in some of these debates as a political science professor and as an activist. Aside from that I have no organisational or other relationship with them. I do, however, support the struggle for equality of ethnic groups within Pakistan. And this is something everyone who believes in equality needs to do. I have never hidden from anyone that my chacha (uncle) was involved in a guerrilla struggle in the 1970s. However, that was almost half a century ago and is from a time period when I had not even been born into this world. The fact is that charges against my chacha and father were withdrawn after the Hyderabad Conspiracy Case was dropped, the National Awami Party (NAP) leadership was released and a general amnesty was declared on January 1, 1978. That was when I was three years old. The intellectuals who supported the 1970s Baloch movement returned to normal lives mostly as writers, intellectuals, academics, journalists, civil society activists and so on; they have all led peaceful lives since then and have been law abiding citizens for the last half century.
Perhaps in Ahmed Quraishi’s mind, university appointments are given or taken away on the basis of the sins (real or imagined) of the father and uncle, revisited on the next generation. But we academics would like to believe that university appointments are made on the basis of that individual’s scholarship, qualifications and merit. I have been serving at LUMS since 2002. Those who offered me a teaching position knew of my family but never once did this become a basis for my appointment or disqualification from the university.
Ahmed Quraishi’s accusations in which he says that I am responsible for the murder of Sabeen Mahmud to get the Balochistan issue greater publicity in order to scare away Chinese investment and pave the way for Indian geostrategic interests is ridiculous in the extreme. These accusations constitute slander and libel. I have every intention of challenging these accusations unless a full retraction is broadcast by Express TV on the same programme that aired these views.
Last but not least, I am proud to say that I have been a university teacher since 1998 and have taught at LUMS since 2002. I opted to be a teacher (giving up a very lucrative career in my family business). I opted to teach in Pakistan because I wanted to use my knowledge to bring about a change in my own country. Today my students are taking up university positions at LUMS themselves and many other institutions around the world. I am proud to say that my 17-year service as a teacher and scholar is without a single blemish and I take great pride in the accomplishments of my students, having contributed positively to their lives. My book on the class structure of Pakistan was awarded the Akhtar Hameed Khan Memorial Award for best book of social sciences for the year 2012 by the Council of Social Sciences Pakistan. I am confident that my new work on LUMS’ first massive open online course, on which I dedicated more than a year of my life, will be equally path breaking.
Express TV has done a great disservice to journalism and the public interest by allowing conspiracy theorists and slander-mongers like Ahmed Quraishi primetime airtime on their channel. I have every intention of undertaking legal action and suing for damages to my reputation as a teacher, my family’s reputation and for endangering my family and I.

The writer is an assistant professor of Political Science at LUMS, spokesperson for Laal (the band) and general secretary of the Communist Mazdoor Kissan Party (CMKP) 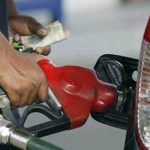 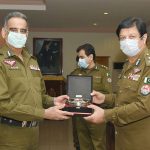 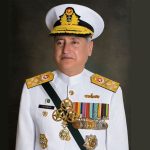