Floods to drag up to 9 million Pakistanis into poverty: World Bank 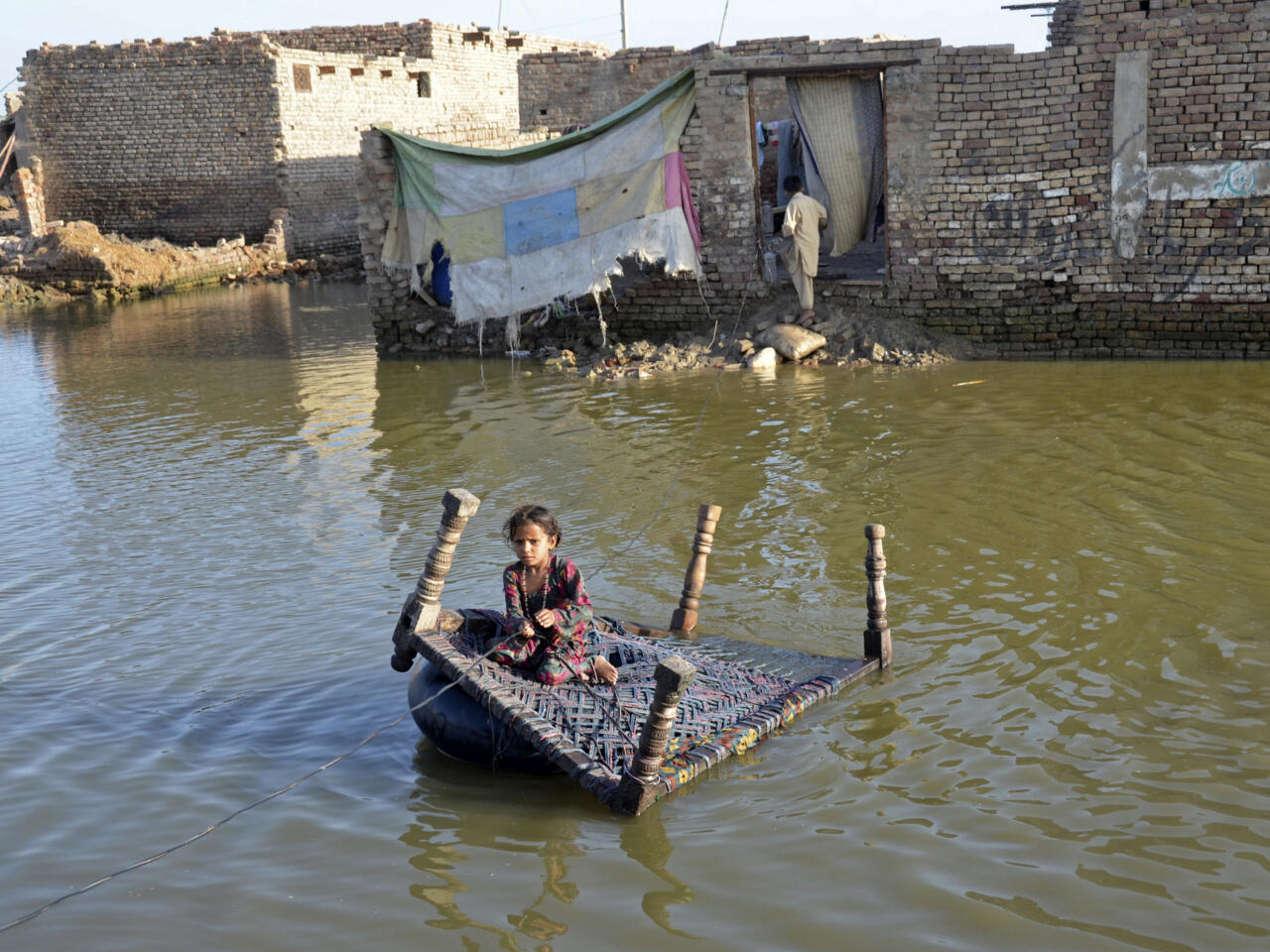 ISLAMABAD: Between six and nine million Pakistanis are set to be dragged into poverty as a result of cataclysmic monsoon flooding linked to climate change, the World Bank said on Thursday. Pakistan has been lashed by unprecedented monsoon rains this year which killed 1,700, devastated two million homes, and put a third of the nation underwater.

Eight million people remain displaced, living in ramshackle tent cities and scattered camps near the stagnant lakes which swallowed their belongings and livelihoods. A World Bank report said Pakistan’s poverty rate is expected to rise between 2.5 and 4 percentage points as a direct consequence of the floods.

Loss of jobs, livestock, harvests, houses, and the closure of schools — as well as spread of disease and rising food costs — threaten to put between 5.8 and 9 million in poverty, it said.

“Reversing these negative socio-economic effects is likely to take considerable time,” it added.

In the nation of 220 million some 20% are already living below the poverty line, according to Asian Development Bank data.

Before the deluges began Pakistan’s coffers were already in dire shape, with a cost-of-living crisis, a nose-diving rupee and dwindling foreign exchange reserves. The World Bank said inflation in the country is set to stand at 23% for the financial year 2023.

Pakistan is responsible for less than 1% of global greenhouse gasses but places highly in the rankings of nations vulnerable to extreme weather caused by climate change. Credible research says severe weather events are becoming more frequent and more severe as a result of man-made emissions.

Islamabad has called for richer and more industrialised nations with larger carbon footprints to contribute to the aid effort as a form of climate justice.

“We have no space to give our economy a stimulus package, which would create jobs, and provide people with the sustainable incomes they need,” said climate change minister Sherry Rehman on Tuesday.

“We are still in a long, relentless struggle to save lives.”