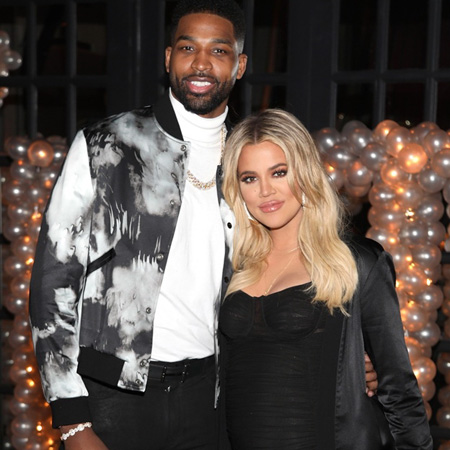 Khloé Kardashian was secretly engaged to Triston Thompson for nine months before Thompson’s paternity scandal with another woman. According to People, Khloé revealed to sister Kim Kardashian on Thursday’s episode of The Kardashians that she said no to Thompson when he initially proposed, which reportedly occurred in December 2019. The same was filmed roughly a month after their final breakup following the news he’d fathered a child outside of their relationship.

“I said I need to make sure this is a totally different relationship because I want to be proud to say I am engaged to anyone,” Khloé told Kim. “That is why I said, ‘I am not comfortable accepting this because I am not excited to tell my family.’ And as hurtful as it was for him to hear it was the truth. I would never accept something and give someone false hope.”

Despite Thompson’s affair rumors, the pair secretly got engaged around February 2021 – when he proposed for the second time – and remained fiancés for nine months until news broke that Thompson was facing a paternity lawsuit after impregnating Maralee Nichols. Per the report, the couple were seriously planning to conceive a second child together that year.

Through a surrogate, Khloé and Thompson successfully conceived a second child in the final weeks of 2021 just as news broke that Thompson had fathered a baby with another woman. Following the news, Khloé called off the secret engagement in December 2021. The pair welcomed their son, whose name is not yet known, this past August.

The pair also share 4-year-old daughter True who was born in April 2018. The former couple were linked in September 2016 and announced that they were expecting a child together one year later. Days before daughter True’s birth, Thompson was caught cheating on a then-pregnant Khloé with multiple women.