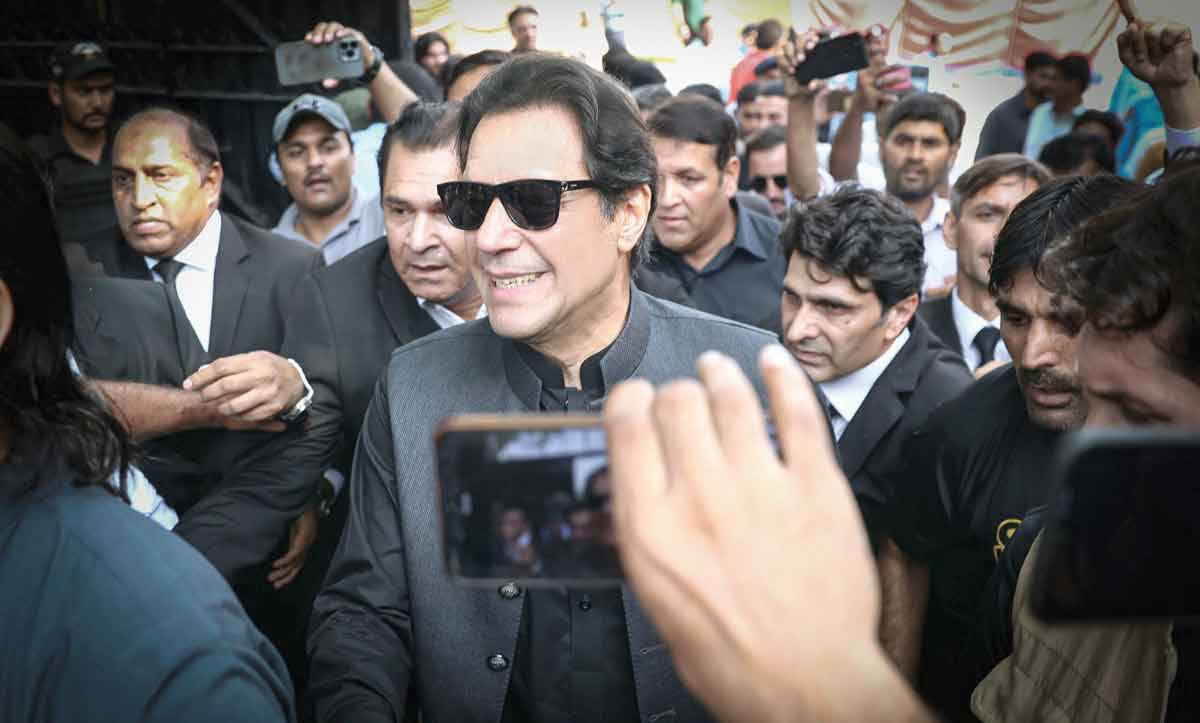 Chairman Pakistan Tehreek-e-Insaf (PTI), Imran Khan, appeared before the court of Additional District and Sessions Judge Zeba Chaudhry on Friday to apologise to her personally in the judge threat case.

Imran Khan was booked in a case for threatening judicial magistrate Zeba Chaudhry and police officers at a rally in F-9 Park on August 20, to “terrorise” police officials and the judiciary.

However, Judge Zeba Chaudhry was not present in the court at which Imran Khan addressed the reader Choudhry Yasir Ayaz, and stenographer Farooq to stay witness for his appearance in Zeba Chaudhry’s court to offer an apology.

“You have to tell Madam Zeba Chaudhry that Imran Khan had visited and wanted to apologise if any of his words hurt her sentiments,” he told the reader.

“The court thinks that I have crossed a line. My intention was not to threaten the female judge. If the court says so, I am ready to personally go to the judge and apologize,” he had said.

Earlier in the day, a district and sessions court in Islamabad confirmed Imran’s interim bail in the case registered against him on charges of violating Section 144.

A first information report (FIR) was registered against Imran last month on charges of violating Section 144 (ban on public gatherings exceeding four persons) by holding the rally in the capital on August 20.