* Moments of uncharacteristic, endearing vulnerability peer through the classic BLACKPINK bombast on their second album 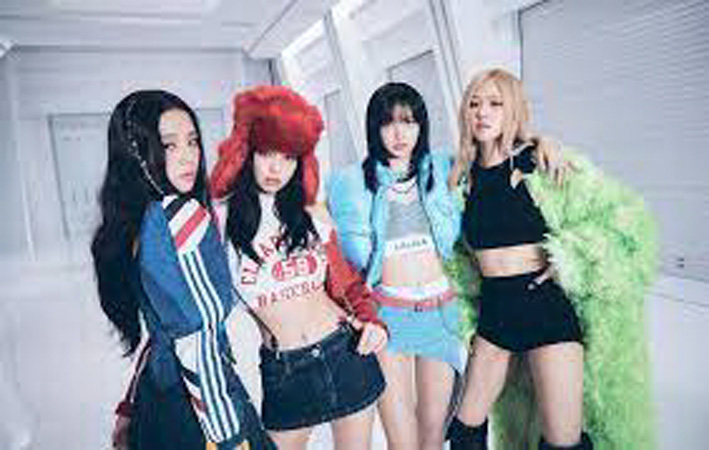 The name BLACKPINK comes with certain expectations: larger-than-life production, catchy choruses and drops, staccato raps that name-drop brands, and a fierce bravado end-to-end. And the group’s second album ‘Born Pink’ demonstrates how they’ve honed this formula over the years, especially under the expert supervision of Teddy Park, who has shaped their sound. It comes laden with these familiar elements, led by the single ‘Pink Venom’ that streamlines the audacious approach of BLACKPINK classics like ‘Boombayah’ or ‘Ddu-Du Ddu-Du’.

On the second track and next single ‘Shut Down’, BLACKPINK mix trap and hip-hop influences with a sample of ‘La Campanella’ by Niccolò Paganini, offering more bombastic, self-referential lyrics (“It’s black and it’s pink once the sun down… BLACKPINK in your area, the area been shut down”) about their riches and fame. ‘Typa Girl’, a slow hip-hop track oozing an attractive arrogance, expands on these themes, adding flexes about their “stats” and not being like “other girls”.

Thankfully, ‘Pink Venom’ isn’t wholly dominated by these materialistic lyrical tropes. Moments of uncharacteristic vulnerability, when they appear, endear us to the group. ‘Yeah Yeah Yeah’, for instance, is a neat callback to 2020’s ‘Lovesick Girls’ in more ways than one. With a smooth, easy synth-pop sound, the song explores the apprehension and pain of falling in love again – much like how ‘Lovesick Girls’ turned heartbreak into a party. And after teasing it on ‘Pink Venom,’ Rosé finally enters her pop-rock era on the solo track ‘Hard to Love’, delivering heaps of angst and “fuck”s in abundance.

BLACKPINK make a single concession to the ballad on ‘Born Pink’ in ‘The Happiest Girl’, which starts off with a simple, poignant piano melody, though it loses its charm with repetitive arrangements. ‘Tally’ shows potential with its mix of hip-hop and rock, but its lyrics, intended to be anthemic and empowering, fall short of the mark (“Take apart the ‘do”s and ‘don’t’s, and lose the ‘won’t’s, I’m getting mine”).

On ‘Born Pink’, BLACKPINK tread familiar thematic territory for pop music, but the imagery – finding solace from heartbreak at the bottom of a bottle (‘The Happiest Girl’), boasting about being the type of girl you take to your “mama house” (‘Typa Girl’) – isn’t particularly novel, though they have effectively applied a personal touch in the past (see Jennie’s ‘Solo’). Comparing BLACKPINK’s two full-lengths so far, Rosé recently said that where their debut ‘The Album’ was about music, ‘Born Pink’ is about protecting BLACKPINK’s “original identity” while experimenting with new elements. Now that BLACKPINK seem to have whetted their appetite for experimentation, let’s hope they go all the way on the next record – flip the script completely, propelled by the confidence that no matter what they do, they’ll come out on top.