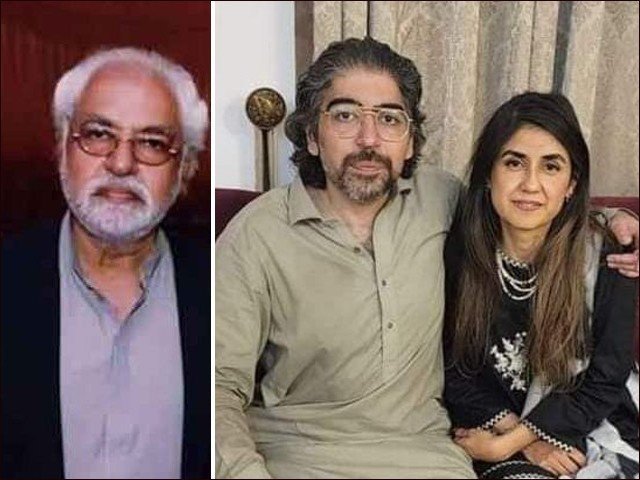 The police said they recovered an illegal Kalashnikov and also found a purse of Sara Inam.

The police seized UAE dirhams and US dollars from the deceased’s purse. According to police, they also found the deceased’s different bank cards, debit cards and one of her shirts from the house.

Moreover, police also took into custody a Mercedes car worth Rs2.5 million from the farmhouse which Sara Inam had gifted to her husband Shahnawaz.

The police, however, could not succeed in recovering Sara Inam’s passport and her mobile phone.

Ayaz Amir’s daughter-in-law was brutally murdered by her husband Shahnawaz in the Chak Shahzad area of Islamabad on Friday.

On Monday, Samina Shah, wife of senior journalist Ayaz Amir filed a petition in a local court of Islamabad seeking pre-arrest bail in the Sara Inam murder case in which her son Shahnawaz Amir is the prime suspect.

In Samina Shah’s petition, she requested the court to accept her pre-arrest bail plea as she was facing health issues.

She said she had no connection with the murder incident, nor was she a witness to the crime.