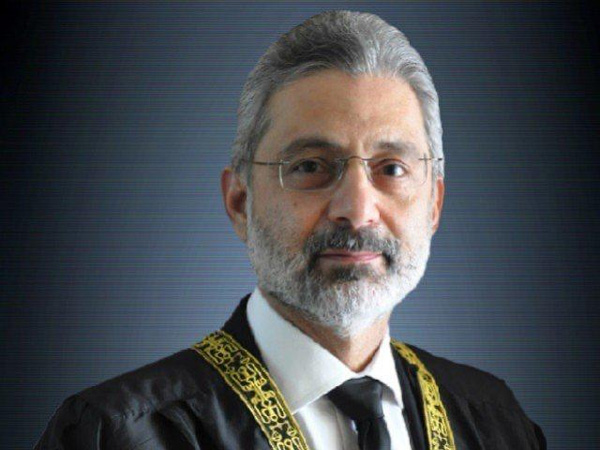 The apex court judge said the girls’ school that was attacked by terrorists in Swat remained closed for five years, adding that several educational institutions were blown up during that time. Justice Faiz Isa said that failure to follow the teachings of the Holy Prophet (PBUH) is the root cause of our problems.

“Our faith teaches us respect for women as it is also commanded in the Quran, but we are negotiating with the terrorists,” he added. He said the federal and provincial governments should stop giving cars to judges, bureaucrats and military officers. “The poor people are contributing their share to the government treasury, but they walk on foot or ride a bicycle. the saved amount should be used to construct bike paths, footpaths and public transport,” he suggested.

He further said that a large part of the country is inundated in flood water, adding that the government needed to take practical steps to deal with the global climate change instead of looking at the world for help. The statement comes amid reports that the outlawed terrorist group was making a comeback in the picturesque valley. The Senate Standing Committee on Defence stressed on Friday the need for upholding the rule of law in the country, as it discussed the prevailing security situation in the Swat in the wake of reports of resurgence of TTP.Special Assistant to Khyber-Pakhtunkhwa Chief Minister on Information, Barrister Muhammad Ali Saif has said that TTP has only claimed three attacks in the province recently and some dissent militant groups or criminals are involved in extortion cases who want to torpedo the negotiations process.