* Nawaz Sharif to decide date of his finance czar's return 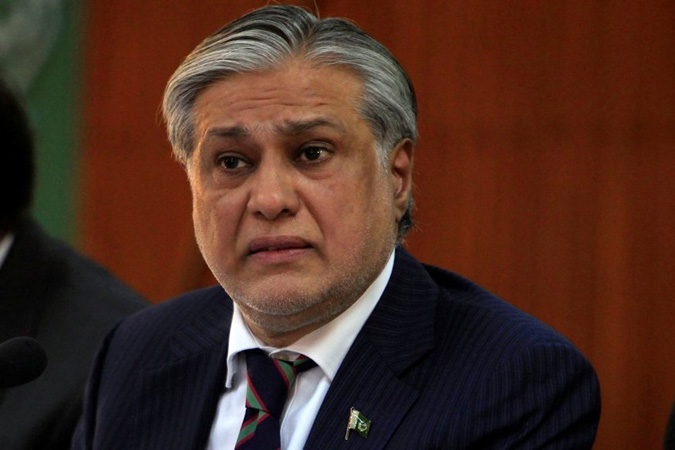 An Accountability Court on Friday suspended the permanent arrest warrants of former finance minister Ishaq Dar till October 7, in a reference pertaining to holding of assets beyond known sources of income.

The court, however, said that it would cancel the arrest warrants permanently if the former finance minister appeared before it.

AC-Judge Muhammad Bashir heard the case filed by Ishaq Dar through his counsel Qazi Misbah Advocate. The lawyer prayed the court to suspend the permanent arrest warrants of former finance minister, adding that his client would directly approach this court as he gets back to the home country. He said Ishaq Dar wanted to surrender before this court on his return. The court inquired about the presence of NAB Prosecutor Afzal Qureshi at this the duty prosecutor said that he (Afzal) had gone to perform Umrah. The court, while giving an opportunity to Ishaq Dar to surrender, also ordered that the PML-N leader not be arrested when he lands in Pakistan.

Judge Bashir further remarked that Dar should return to Pakistan and look into the cancellation of the warrant against him. PML-N leader Ishaq Dar, who lives in London in self-exile, said on Wednesday that his doctor has given him “conditional permission” to return to Pakistan and expressed his willingness to appear in court for hearings within 15 days. The former minister’s statement came hours after he withdrew his petition from the Supreme Court that had sought suspension of the accountability court’s order decision to declare him an absconder.

Explaining the rationale behind his decision to withdraw the plea, Dar had said that his petition had maintained that he wanted to come to Pakistan within 15 days. “Therefore, the honourable accountability court should suspend their arrest warrant and the petitioner should be allowed a fair trial in this case,” Dar had said.

Reports aid Ishaq Dar is likely return to Pakistan this month. The date, however, will be decided by PML-N supremo and Dar’s brother-in-law Nawaz Sharif.

A meeting will be held in London where Nawaz Sharif will decide the details of Dar’s return after deliberations with his party leaders. It will also decide whether Dar should fly to Pakistan on a commercial flight or should he return with Prime Minister Shehbaz Sharif’s convoy. Some of the PML-N leaders have suggested to Nawaz Sharif that Dar should return home along with PM Shehbaz.

The news of former finance minister’s return came on the day when an accountability court in Islamabad suspended his perpetual arrest warrants and gave him till October 12 to surrender. The PML-N leader, who has served as federal minister of finance four times between 1998 and 2017, has been living in a self-imposed exile in the United Kingdom since November 2017. An accountability court declared him proclaimed offender in assets beyond means case in December 2017. As the court ordered the authorities on Friday not to arrest Dar at the airport upon his arrival and gave him an opportunity to surrender before the court he decided to return to the country.