Chrissy can ‘finally feel the baby;’ when do women experience quickening in pregnancy? 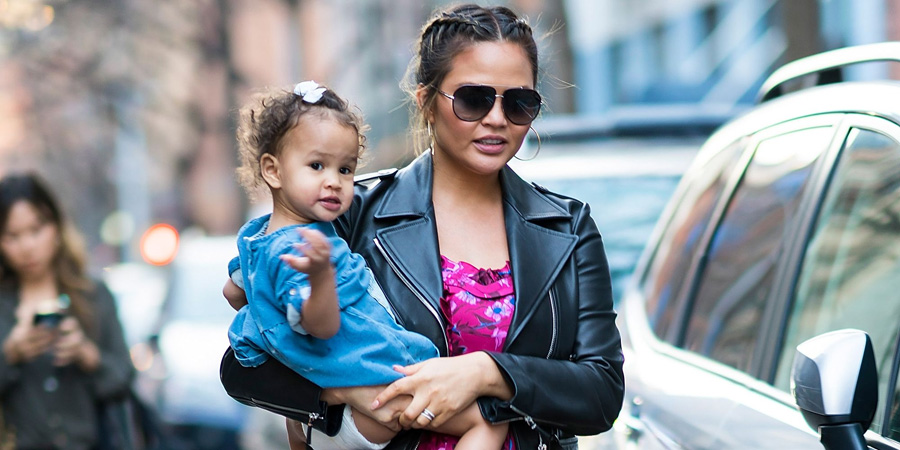 Last month, in an Instagram post, model and cookbook author Chrissy Teigen revealed that she is pregnant with her third baby. Ever since, she has been sharing her pregnancy journey on social media, keeping her fans abreast of any developments. In her latest update – shared on Twitter – Chrissy wrote: “I finally feel the baby so I don’t need to text my doctor for a daily drive-by ultrasound anymore.” To understand more about quickening in pregnancy – when a woman starts to feel the baby moving inside her womb – and when a woman usually experiences it we reached out to an expert.

According to Dr Sandhi Jain, a gynaecologist at Sarang Hospital, Agra, when a mother can start feeling the baby depends on “whether it is her first pregnancy, second or third.” “In the first pregnancy, a mother can feel the baby in 20-22 weeks. During the second or third time, on the other hand, she might feel the baby kicking or move inside between 16-20 weeks. Slowly the movements become clearer,” she told the indianexpress.com

The expert added that if the mother is not attentive enough they can miss out on the movements initially. “Many women might also get the dates wrong, so that also matters,” she said. Dr Jain further said that “complicated pregnancies, tumours associated with pregnancy, ovarian cyst, fibroids” restrict the space for the child to move which can delay the time when the mother can feel the child inside her womb. Also, the “presence of more amniotic fluid, diabetes, defects in the baby” may make the movement slow,” she added.

Additionally, “baby may be anomalous if the mother had uncontrolled sugar levels or diabetes at the time of conceiving, leading to less or no movement,” she said, adding that “high BP levels of the mother can cause hematoma – a condition in which blood collects under the chorion membrane during pregnancy- which can occupy the space of the baby to move.” “Some women are too apprehensive, anxious, and conscious, especially if they have had a mishap previously – and they can feel the movement earlier also,” she said. In the first pregnancy, however, “women might feel this movement later because of lack of experience.”

The expert suggested that in normal cases, the mother should visit the doctor in the first trimester. However, “a patient with a medical complication, pain in the abdomen, bleeding, and a history of mishaps should visit a doctor as soon as she conceives.” She advised monthly visits after three months. “She can have another ultrasound in six months; by that time, most mothers start feeling their babies also,” she added. Explaining the process, she said that the doctor conducts an ultrasound, “in 12-14 weeks to check vitals, state of the fluid, whether the baby is alright or has any anomalies,” she said.