In Iran, rare criticism of ‘morality police’ after Amini death

The death of 22-year-old Mahsa Amini after her arrest by Iran’s “morality police” not only triggered protests in the country but also rare outspoken criticism by senior officials. Public anger has grown since authorities on Friday announced Amini’s death following her arrest by the police unit responsible for enforcing Iran’s strict dress code for women, including the wearing of the headscarf covering their hair in public.

Amid growing controversy over the conduct of the morality police, known formally as the Gasht-e Ershad or “Guidance Patrol”, parliament speaker Mohammad Bagher Ghalibaf said Tuesday that the police unit’s conduct should be investigated. “In order to prevent repetition of such cases, the processes and the method of implementation in guidance patrols… should be investigated,” he said, quoted by state news agency IRNA.statement. 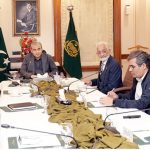