* Their wedding festivities will begin on September 30 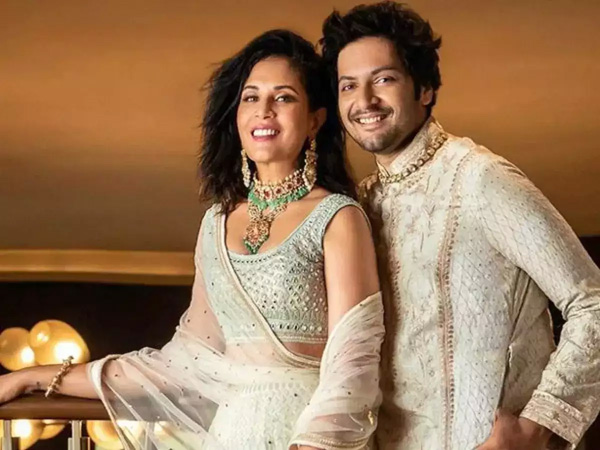 Actor Richa Chadha is all set to tie the knot with her beau Ali Fazal and while fans are awaiting more details about what their fairytale wedding is going to look like, we have learned that the tentative date of her wedding is October 4.

A source close to the actor told that she is likely to tie the knot with Ali Fazal on October 4 in Mumbai and the couple will be hosting a wedding reception a day later for their family, friends and industry peers.

Their wedding festivities will begin on September 30. There are likely to be three pre-wedding functions – Cocktail, Sangeet, and Mehendi. All three functions, as revealed by our source, are likely to be held in New Delhi. Although the outfit Richa is going to be wearing for her wedding isn’t known to us yet, the jewellery has been picked from Bikaner.

For the Delhi functions, the actress’ jewellery is being custom-made by a 175 old jeweller family from Bikaner. The Khajanchi family are a revered family of jewellers who are known for their statement heirloom pieces and they will be designing signature pieces for Richa.

The Khajanchi family are descendants of Moti Chand Khajanchi, one of the earliest art collectors in Rajasthan and the patrons of their jewellery, includes the royal family of Bikaner.

Last week, Richa took to social media to confirm her October wedding with Ali in the sweetest way possible. She tweeted an image that read, “New Life, Loading.” Richa captioned it with a tweet, “can’t wait for October.”

As soon as Richa shared the post, fans chimed in the comment section to congratulate the couple.

The duo was originally meant to be wedded in April 2020, but owing to covid restrictions and lockdowns, the wedding was positioned twice over.

Before getting on the wedding preparations, the couple will be soon wrapping up their ongoing projects. Richa is currently working on Sanjay Leela Bhansali’s upcoming web series ‘Heeramandi’ which will stream exclusively on OTT. The ‘Gangs of Wasseypur’ actor was originally meant to wrap up shooting this week, but her song shoot for ‘Heeramandi’ has been delayed and will now wrap up late next week.

Ali, on the other hand, is currently working on the third season of Amazon Prime Video’s series ‘Mirzapur’ in Mumbai and Lucknow and will soon wrap up his part of the shoot. Richa will soon after fly down to Delhi on September 27, and Ali will join her shortly after, in order to complete all the prep for their wedding celebrations and functions which will start in Delhi first.

Richa and Ali first met on the sets of ‘Fukrey’ in 2012 and soon fell in love.