The writer is a young journalist. He is a current affairs anchor and pursues his BS (Hons.) degree in Political Science from the Lahore University of Management Sciences (LUMS). He tweets @QasimKhan_LUMS and can be contacted at qasimkhan.brc@gmail.com 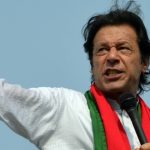 Pakistanis are very emotional when it comes to politics and religion. I might not be wrong to say that most of us even do not offer prayers five times a day. But when there is a protest on the name of religion, of course, we are in the mainstream. Similarly, we are a nation, which […]

Terrorism does not mean bomb blasts, explosions, and suicide attacks only. Instead, kidnapping and abduction are also considered as terrorism. Recently, abduction cases are increased to a very large number. Not only ordinary people but also the government servants are abducted. Previously, such cases were observed in the far off places only, but now this […]