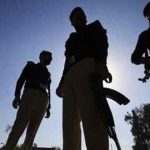 Officials from the Counter-Terrorism Department (CTD) on Tuesday said they foiled a possible militant attack by killing a suspected would-be suicide bomber when he tried to sneak into a police station near Lahore. According to a statement released by police, the suspected militant was killed in an exchange of fire early on Tuesday when he […] 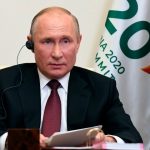 Russian President Vladimir Putin says Russia is willing to work with whomever is officially declared the next president of the United States, but that he won’t offer congratulations until the winner is formally decided or a candidate concedes. Putin’s remarks broadcast on Sunday on state television reiterate earlier Kremlin comments on why Putin had not […] 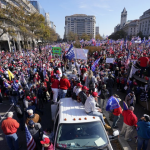 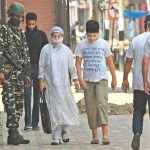 SRINAGAR: Indian and Chinese soldiers are in a bitter standoff in the remote and picturesque Ladakh region, with the two countries amassing soldiers and machinery near the tense frontier, Indian officials said. The standoff began in early May when large contingents of Chinese soldiers entered deep inside Indian-controlled territory at three places in Ladakh, erecting […] 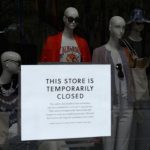 BALTIMORE: US retail sales tumbled by a record 16.4 percent from March to April as business shutdowns caused by the coronavirus kept shoppers away, threatened stores across the country and weighed down a sinking economy. The Commerce Department’s report Friday on retail purchases showed a sector that has collapsed so quickly that sales over the […]

JERUSALEM: US Secretary of State Mike Pompeo accused Iran on Wednesday of using its resources to “foment terror” even as its people face the Middle East’s deadliest coronavirus outbreak. “Even during this pandemic the Iranians are using the ayatollah regime’s resources to foment terror across the world, even when the people of Iran are struggling […] 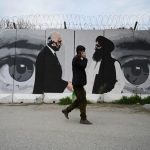 ISLAMABAD: Taliban leaders searched their ranks, including in the much-feared Haqqani network, and on Sunday said they are not holding Mark R. Frerichs, a Navy veteran turned contractor who disappeared in Afghanistan in late January. “We don’t have any information about the missing American,” Sohail Shaheen, the Taliban’s political spokesman, said. A second Taliban official […] 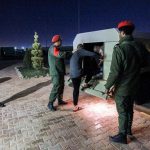 CAIRO: Artillery shelling by Libya’s eastern-based forces killed more than five civilians and wounded dozens in the capital, Tripoli, an official with the country’s UN-supported government said Thursday. It was the latest attack on Tripoli by the eastern forces’ commander Khalifa Haftar, who launched a push last year to capture the city. The fighting, which […]