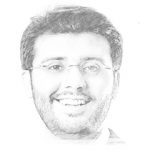 It is said in chaos theory that small changes within a deterministic algorithm can morph into larger differences- the ripple effect illustrates the momentous change brought about by a singular, often minute event. While some factions of the state manoeuvred the vote of no-confidence as a means to depose the former Prime Minister Imran Khan, […]

Earlier this week, United States President Joe Biden made a few distasteful remarks about Pakistan’s nuclear policy. If the ethos of globalization rests on the advancement of cross-country diplomacy, Mr Biden’s remarks may just as well have driven an axe to all such development. According to Mr Biden, Pakistan is one of the “most dangerous […]

September 6, 1965, will forever be etched in history as a time when the Pakistan Army demonstrated extreme valour and courage in its commitment to the consolidation and protection of its homeland. Today, as we pay homage to our martyrs for their resilience and selflessness, we must also recognise and appreciate the efforts of this […] 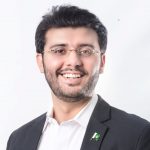 On August 21, former Prime Minister Imran Khan was booked on charges of terrorism for threatening police officers and a sessions judge whilst addressing a public rally in Islamabad. The timing of the FIR could not be more apt considering an earlier complaint against Mr Khan was lodged on the pretext of public incitement and […]

An extreme act of violence gripped the world’s television screens on October 1st 2017, as Stephen Paddock, opened fire on over 22,000 concert-goers at a festival in Las Vegas; massacring 58 people and injuring another 489. Human life is precious, be it one or a hundred, but what caused ripples across the globe was the […]

Not many were fond of the out-of-tune voice of Altaf Hussain blaring from our television sets with the most nonsensical and irrelevant of songs during his harangues. Let us also not ignore the unwarranted fervent tirades. Nevertheless, many have always accepted him to be the leader of a prominent political party with a stream of […]

The unfortunate murder of Qandeel Baloch is yet another addition to the long list of morbid events encapsulating our society. The social media sphere is replete with tweets and status updates discussing the legitimacy of the heinous reprisal committed against her. Clearly emerging from all these speculations is the outraged reaction of many to the […]

The Panama leaks have jolted most parts of the world; evidently, Pakistan is no exception. The 11.5 million documents that have been leaked still thrive under the garb of mystery. While the issue of Panama leaks is ridden with questions, the answers to most lost in futility, it is no doubt that this topic has […]

September 6, the Defence Day of Pakistan, has always been an important day for the populace of this country. It has been associated with paying tribute to the martyrs of the war that took place in 1965, those who sacrificed with their blood and lives rather than bowing down to the enemy. This year, the […]

The existence of the death penalty has been a bane of legal systems since time immemorial. Capital punishment dates back to the 18th century BC, when it was first inscripted on the stele of Hammurabi. It has from there on been in practice throughout the world. With changing times, countries around the world have opted […]