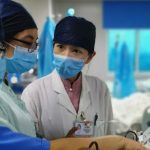 Provincial President of Peoples Doctors Forum (PDF) Professor Dr Nisar Khan has expressed deep concern over post-corona health situation and said no one knows when corona pandemic will end & life gets back to normal; therefore the government needs to have a visionary approach to handle this fast moving crisis and take along all sectors, […] 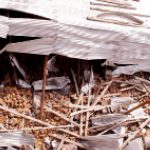 Downpour in the region began right after last Sehr in lower parts of Abbottabad, while the mountains received torrential rain, later converting into hailstorm made the weather chilly. The rain falling was started once again soon after little interval, and it was continuing instead break unto late at evening, Thursday. However, an unexpected landslide appeared […] 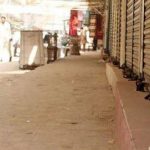 District administration along with TMA Abbottabad staff has sealed 13 shops over the violation of SOPs by the shopkeepers and general public for not maintenance the social distance and not use of mask and hand gloves here on Wednesday which includes seven cloths, 6 garments and one shoes shop. Assistant Commissioner Abbottabad on the ease […] 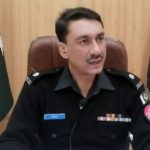 Hazara police have launched “No Mask, No Shopping & No Mask, No Petrol” drive in all the eight districts of Hazara division and had directed the traders to fully implement the SOPs designed by the KP government for the markets and at petrol pumps. DIG Hazara Qazi Jamil ur Rehman in directives issued to all […] 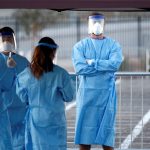 The number of infected cases among healthcare professionals, including paramedics and doctors, has been increasing day by day due to the reason that they are not versed in handling pathogenic and infectious microorganisms like SARS-2 whereas the microbiologists, specially virologists, immunologists & molecular biology biotechnologists are the right professionals to deal with such outbreaks who […] 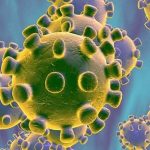 As many as 175 hotels & restaurants have been closed in Galiyat after the lockdown which resultantly not only damaged economy of the region but also created unemployment in the area. This was disclosed by Director General Galiyat Development Authority (GDA) Raza Habib while talking with newsmen here on Monday. DG GDA informed that Galiyat […] 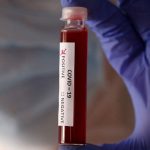 The screening report of 33 healthcare providers, including doctors, nurses & paramedics, who were quarantined after performing their duties in isolation wards of COVID-19 patients in Ayub Teaching Hospital has been declared negative, while three doctors and a police moharar at Dunga Gali Police Station was declared positive. Dr. Ahsan Aurangzeb, Medical Director AMTI told […] 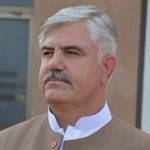 Chief Minister Mahmood Khan along with Khyber Pakhtunkhwa Assembly Speaker Mushtaq Ahmed Ghani paid a one-day visit to Abbottabad district to review the coronavirus situation and the arrangements made by the district administration to contain the outbreak of the coronavirus pandemic. According to the details, the Chief Minister visited Ayub Teaching Hospital (ATH) Abbottabad and […]