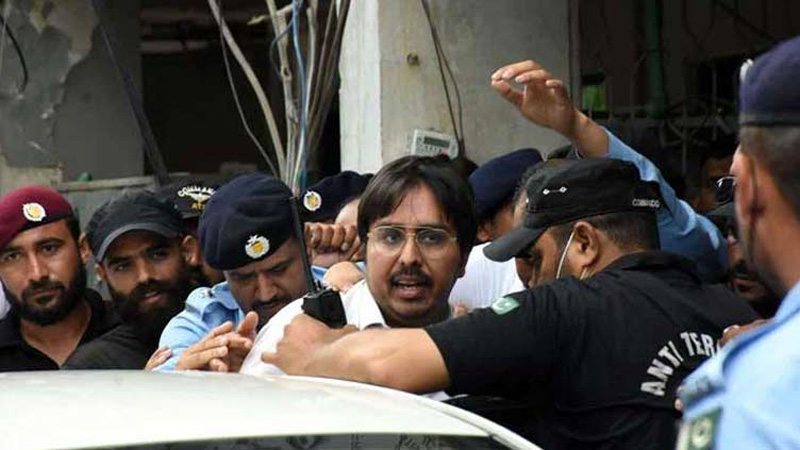 Pakistan Tehreek-e-Insaf (PTI) leader and Chief of Staff of party chairman Imran Khan, Shahbaz Gill has been released from Adiala Jail, a private TV channel reported. It is pertinent to mention here that the Islamabad High Court (IHC) had granted bail to Pakistan Tehreek-e-Insaf (PTI) leader Shahbaz Gill in sedition case. IHC took up the case for inciting to rebel against state institution field against Shahbaz Gill. Presenting his arguments, Gill’s lawyer, Salman Safdar, recalled that an additional sessions judge had already rejected a plea for the PTI leader’s bail. The lawyer said the case against Gill was registered under 14 sections of the Pakistan Penal Code on the basis of a “speech”, and a plea for the disposal of the case was pending in the court. “The entire case revolves around a speech,” he said. Safdar contended that the case was based on “mala fide” and politically motivated, adding that the investigation had already been completed and no more articles needed to be confiscated from Gill.

He reminded the court that Gill had served as a special assistant to the prime minister during the PTI’s tenure and was later appointed as party chairperson Imran Khan’s chief of staff. “He has been very critical of the [incumbent] government,” the lawyer said, at which Justice Minallah told him not to discuss political matters. “Present your arguments only on legal points,” the IHC CJ directed him. Following that, Safdar read out the contents of the first information report (FIR) registered against Gill and said police proceedings were very important in the matter. Justice Minallah then asked him whether Gill had actually made the statements quoted in the FIR. “How will you justify such comments coming from a party representative? Why do political parties drag the [armed] forces into politics?” the IHC CJ questioned.

Gill’s lawyer responded by saying that statements from the complainant of the case had been a bigger cause of anarchy. “[Gill’s] speech did not cause as much anarchy as the complainant made it out to be.” He alleged that some parts from Gill’s remarks had been removed and only some parts were put together to make a case. Reading out Gill’s remarks, he pointed out that the PTI leader had named the senior leaders of the PML-N. But “on the basis of mala fide and as part of a plan, these parts were removed”, the lawyer alleged. The lawyer contended that Gill’s remarks had only pertained to the “strategic media cell”.

At that, the IHC CJ commented: “This conversation shows to what extent political parties have fuelled hatred.” Continuing his arguments, Gill’s lawyer contended that no one had the authority to register a case on behalf of the armed forces. “This case has been registered at the PML-N’s behest. If the armed forces had any reservations, they would have got a case registered themselves.”