* Being the most loved part of the entire three-hour movie, many King Khan fans even wanted to see a spin-off for his character in the 'Astraverse' 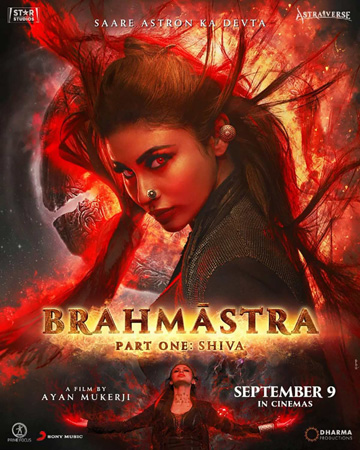 Amid fans demands, director Ayan Mukerji almost confirmed the spinoff in the ‘Brahmastra’ universe for the character of Shahrukh Khan.

The first part of the much-awaited title ‘Brahmastra’ was released earlier this week, and while the film garnered mixed reviews, fans have unanimously demanded more screen time for Shahrukh Khan who had a cameo appearance as Mohan Bhargav – a scientist who wielded Vanarastra.

Being the most loved part of the entire three-hour movie, many King Khan fans even wanted to see a spin-off for his character in the ‘Astraverse’. Seems like the wish has been granted now as teased by Mukerji, who wrote the script for ‘Brahmastra’ and also helmed the direction.

Mukerji in his recent outing confirmed that it’s not only fans who want to see this spin-off happen, but the makers too, as they also brainstormed over the idea while filming the specific sequence. Addressing the petition started by fans for the Mohan Bhargav spin-off, Mukerji told an Indian-based media outlet, “Before the fans were saying it, we were also saying that ourselves. When we were shooting the sequence in 2019, we were also saying on sets.”

Furthermore, he teased that the spin-off might tell the origin story of the scientist Bhargav.

“I guess my response to the spin-off demand is that: We are already thinking about it. We are hearing everything and are planning our next moves,” he concluded.

It is pertinent to mention here that two more parts are planned in the ‘Brahmastra’ franchise, with which, Mukerji and prolific filmmaker Karan Johar intend to build a fantasy multiverse called ‘Astraverse’.

‘Brahmastra’ was released on September 9 in Hindi, Tamil, Telugu, Kannada and Malayalam.