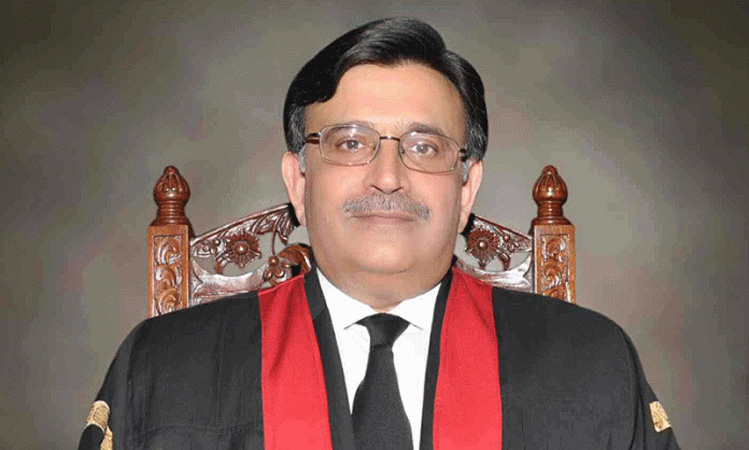 Addressing a full court reference on the eve of the beginning of the new judicial year, CJP Bandial recalled the Punjab CM election case, which drew criticism from political parties. The CJP said that the federation requested a full court bench which was not in accordance with the law, while the role of the SBCA was also “biased”.

In July, the SC had termed the ruling of the former Punjab Assembly deputy speaker, Dost Mazari, “illegal” and announced Pervez Elahi as the new CM of the province.

The ruling coalition had demanded that a full bench hear the case and the government’s demands were also backed by the top court’s bar association. “Patience was shown despite the political parties’ strong reaction to the annulment of the ruling of the then Punjab deputy speaker Dost Muhammad Mazari,” the chief justice said. CJP Bandial added: “We are aware that the country is facing a serious economic crisis, but the law is equal for all.”

Referring to the Judicial Commission of Pakistan’s (JCP) meeting in which the body had rejected Bandial’s nominated judges of high courts for their appointment to the Supreme Court, the CJP asked, did the federal government’s response respect the judiciary?

CJP Bandial said that when he assumed the office, there were challenges related to the provision of inexpensive and speedy justice, a backlog of cases and usage of suo motu power.

Highlighting the achievements, the CJP said that the number of cases pending with the judiciary reduced to 50,265 from 54,134.

“The respected judges sacrificed their yearly vacations and decided 6,458 cases during a short period of June-September.”

Stressing the need for new appointments to the top judiciary, he urged the SCBA to assist the court.

Talking about speedy justice, the CJP said that he, after consultation with other judges, took notice of the then NA deputy speaker Qasim Suri’s ruling and declared it illegal after a five-day hearing and issued the verdict within three days. A large number of cases were lodged with the apex court following the political events in March 2022, he noted.