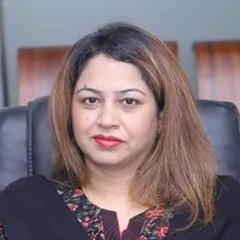 Islam and Notion of Freedom

There would not be any exaggeration in a statement if we were to state that the history of mankind is one long and ceaseless struggle to preserve and fortify human liberties. It is perhaps due to this fact that Lord Acton said, that after religion, liberty has demanded the greatest sacrifices from man.

The question of freedom, however, is a very subtle, puzzling, and difficult one. Firstly, man is independent, no doubt, and he loves to stay that way, but at the same time, he is dependent upon others at every step of his life to fulfil the basic needs of his existence, and this dependence is bewildering diversity. He relies very heavily upon others to sustain himself emotionally, materially, socially and politically. It is for this reason that in order to reap the full harvest of his potentialities, he must not safeguard his own freedom, but also respect the freedom of others so that bonds of understanding between him and others can be strengthened by mutuality of interest. This paradigm of independence and interdependence needs to be guarded against some other natural propensities of man, which can easily erode this relationship. He is basically a child of his own self-interest and can easily misuse his freedom to satisfy it at the cost of others. Thus, liberty, which has so much to contribute to the advancement of human civilization, always needs to be watched and protected against its built-in limitations.

Even at the height of liberalism during the nineteenth century, the greatest advocates of liberty warned its devotees that liberty without discipline could be extremely disastrous. Liberty is a means to and in itself becomes self-defeating.

A search for unlimited personal freedom, which has been strengthened by pseudo-psychological theories of personality, has produced irrational permissiveness in western societies.

It is in such a definition of freedom that one sees the symptoms of moral anarchy and social lawlessness, which seem to be so rampant in the world today. This is one of the sources of crime, child delinquency, and distress and disenchantment among youth against every existing moral and social institution.

Reconciling the autonomy of an individual with the control of the environment is the most burning issue of modern social philosophies.

Islam, being a complete social philosophy and a compact code of conduct, has elaborated in-depth on the role of the individual in society. Like many other philosophical and religious disciplines, its approach to liberty or freedom stems out of its estimate of human nature. As was noticed earlier the Quran has repeatedly emphasized that men have the tremendous aptitude to do good but at the same time, there is an inherent tendency in them to do evil. In other words, the Islamic doctrine has tried to reconcile the failures and frailties of the man with the practical realities of life. It has exhorted people to abstain from excessive austerity and asceticism, and enjoy the good things, which have been bestowed by God, provided they remain within the boundaries laid down in the revealed word of the Quran.

The very fact that Islam despises the life of dependence is a clear indication that it wants each one of its followers to carve out an independent course of action. But this freedom to make and unmake his fortunes in society is not unlimited.

Muhammad Qutab while commenting on Islam and Liberty says:

“Islam is a word means liberation from all sorts of slavery”.

“Islamic law favours every practical activity and holds in great esteem, agriculture, commerce and every kind of work.

Considering its spirit, therefore we see that the tendency of Islamic law is to allow human action the widest limits, and we may agree with the Muslim jurist when they teach that the fundamental rule of law is liberty.” (Law and Society” in the Legacy of Islam, London, Oxford University Press)

Without the freedom of thought and expression, it is unthinkable that in a short period of time early Islam could have produced such a spectacular list of scientists, mathematicians, astronomers and geographers. Muhammad Ibne Musa al-Khwarizmi, a mathematician, al Faryhani, Thabit-Ibn-Qurrah, Muhammad al-Battani in astronomy. Abu Yusaf Yaqub-Ishaq Kindi, Abu Bakr Muhammad b Zakariyya Razi(Rhazes) Abu Ali Ibn Sina and Abul-Walid Ibn Rushd(Averroes) in Science and Philosophy, are names which would have given lustre and richness to knowledge in any period of human history.

It would not be an exaggeration to say that it was nothing short of an intellectual and scientific miracle of Islam. How this intellectual sterility was transformed into tremendous creativity has always surprised non-Muslim observers. Many impartial historians of modern science have acknowledged this debt with the endeavours of Muslim scientists.

Liberty, which has so much to contribute to the advancement of human civilization, always needs to be watched and protected against its built-in limitations.

It was not only in science and literature that Muslims enjoyed intellectual and professional freedom, even in matters relating to social, economic and moral life they expressed their opinion freely. Islam only forbids barren and irreligious argumentation, which produces a climate of disbelief or does not help in resolving any social or economic problem of society. Some western scholars whose knowledge of Islam is superficial have criticized the Muslim doctrine as intolerant and fanatical. This however is patently wrong. The Quran and the traditions of the Holy Prophet provide ample evidence that independence of judgment or difference of opinion is allowed in Islam. Among the great religions, Islam perhaps is the only one, which maintains that difference of opinion, provided it, is not based on malice is a positive help in the cultivation of wisdom and rectitude. In all areas of Islamic scholarship i.e., philosophical, theological and mystical there were always deep and serious divergences and this ” Ikhtilaf” (disagreement) is considered a legitimate right of an individual.

(Another very powerful indication that Islam encourages independent reasoning within the boundaries of Sharia is the concept of Ijtihad. Since Islam is not merely a manifesto for the spiritual salvation of man but is also a compact code of conduct for all areas of worldly existence, the Quran and the Holy Prophet have made special provisions for the use of human reason to resolve complex problems of the Muslim Community. Moreover, Islam’s message is universal, it is valid at all times and for all places and its principles have built-in flexibility.)

Sanctity of privacy is considered to be a very important privilege, which distinguishes man from the rest of the animal world. It is socially sacrilegious and immoral to pry into the private affairs of other people. These meanings of privacy are deeply rooted in every discussion of liberalism but they are completely abrogated under totalitarian regimes. Living up to the spirit of human dignity, which pervades throughout its divine text the Quran has vehemently condemned intrusion into the privacy of other people.

Freedom in Islam was also understood in terms of ethical and philosophical ideals knowing that human nature has tremendous evil propensities it is a common theme among scholars, philosophers and poets (particularly the mystical ones) to discuss means and measures by which man could be emancipated from the bandage of evil which manifests itself in the form of lust for power, accumulation of wealth, material desires and sensuous appetites. Al-Kindi once said:

” Only stupid person loves the world; the free man recoils from it.”

The entire mystical literature in Islam is crowded with extremely interesting details about the struggle of the human soul against the ghoulish attractions of worldly existence and lays down elaborate and fully calculated spiritual exercises which help a devoted mystic to completely free his soul. In some cases, it is envisioned that total emancipation from human desires is a stage of Insan-I-Kamal (the perfect man).

In its ethical implications “freedom” is equated with humanity and moral ideals, which are traditionally considered to be helpful in fortifying human dignity and giving human personality a chance to develop in fullness.

Since freedom was considered to be the architect of moral integrity of scholars, slavery was categorised as a state of complete moral degeneration. Even birds and animals change in captivity. They lose many of their faculties, which can only be nurtured in freedom.