* In an exclusive chat with Daily Times, the veteran journalist talks about TikTok, her passion for singing, being a mother, trolling and her upcoming projects 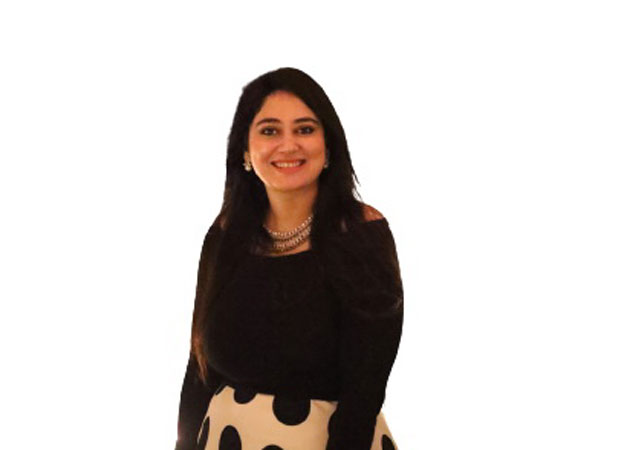 You are widely associated for your time with the show ‘Khabarnaak.’ How was that experience like and at what point did you decide to branch out and move into other things?

Well, it was not only challenging but also quite interesting. ‘Khabarnaak’ was only the second comedy programme to be hosted for the longest time by a woman. The only other programme to do that was an Indian show hosted by Archana Puran Singh. So it was very refreshing for the Pakistani audience to see a woman hosting the show – one who was young, sitting in the hot seat and manoeuvring and scolding all these comedy veterans. These comedy legends had years and years of experience on stage with their tongue in cheek jokes. It was a challenging experience that grew on me. I thoroughly enjoyed hosting the prime time show for six years. But then the quality of jokes started to dip as they ranged from below the belt jokes to those about women’s appearance. Amid deteriorating quality of the show, I put up with these jokes for a bit, but, ultimately, I decided to leave before the proverbial ship sank. And sure enough the show was shelved later on. As far as branching out to other ventures is concerned, a creative person is always doing new things. Since I’m already involved in creative pursuits, it has allowed me to do other things like production, acting and singing, which I have been doing for a while. As we speak, I’m working on a book. But due to COVID-19, the editing process has taken some time to be fully completed. It’ll be out very soon, though.

With TikTok, it’s becoming easier for people to find a voice and connect with wider audiences. Tell us about your time on TikTok and as a medium, how vital of a platform is it?

For me, TikTok is a fun app where funny content is uploaded. In a unique manner, people often mimic politicians and others and try to recreate a funny scene from movies or some real life incident. So without taking it too seriously, it’s a fun app as far as I’m concerned. It certainly gives voice to those who cannot reach a massive audience otherwise. Yes, it has several implications, but we’ve also seen how it can lead to a disastrous situation. All in all, it’s an engaging app with its fair share of pros and cons.

Not many people know that you can sing as well and you’ve often performed on screen. What was that like and how different it is from hosting and anchoring a show?

Indeed, not many people know I am passionate about singing. Growing up, I received some classical music training in college. I was the president of my college’s music club, a post I enjoyed for over four years. It taught me a lot. Performing a song live is a whole different ball game. The energy you transfer from your expressions and the way you sing is the energy your listeners get to enjoy.

As a mother and a well-known media personality, how do you balance work life with giving time to your children and family? And what suggestions can you give to people who are struggling when it comes to balancing the two?

Motherhood is the most beautiful thing that can happen to anyone. However, striking a balance between your career, social life and being a mother is quite challenging. You really don’t know when to do what. I believe that, like fingerprints, it’s not the same for everyone; there is no single rule. Each person has their taste, flavour and way of handling things. So it was a big challenge for me because there is an age gap between my elder and younger children. With my husband, we made our elder children so strong that they could make their own decisions and form their own opinions. I do admit that your children tend to drift away when you are out working, but in a way, it also gives confidence to children who end up making their own decisions. Therefore, it’s a blessing in disguise, I feel.

Female media personalities often have to face trolling and abuse online. How do you deal with that and what can be done, in your opinion, to minimise the hate and divisiveness online?

I believe that trolling has become a part of social media culture; sadly, the trend of trolling women has become acceptable. People now find no shame in trolling women on social media. Unlike in the past, social media has made celebrities accessible and approachable. Trolling these days is so vicious that your pictures are morphed, with your face put on some monster. It becomes quite embarrassing for a woman, especially a mother. Unfortunately, there is no remedy to this hateful trend. Yes, FIA has become vigilant and taking action, but the sense of shame has gone out. It’s a worrying trend for sure. The first time I got trolled online, my husband took my phone away, and we went to the mountains for three days. During this time, we had no contact with anyone. But it took a toll on my mental health. Now I have stopped reading hateful comments and block trolls. I feel this is the only way you can shield yourself from negativity and toxicity.

Tell us about your future projects and something that you’re quite excited about?

My future projects are diverse. I’m working on a satire show for an upcoming channel. A YouTube satire show is in the offing as well. I’m also working on a drama serial for a big production house. A movie is in the pipeline too. I’m super excited about these projects, especially venturing into a new genre. I believe whenever someone gets stagnant, their talent gets stale, so one should always keep exploring new avenues.