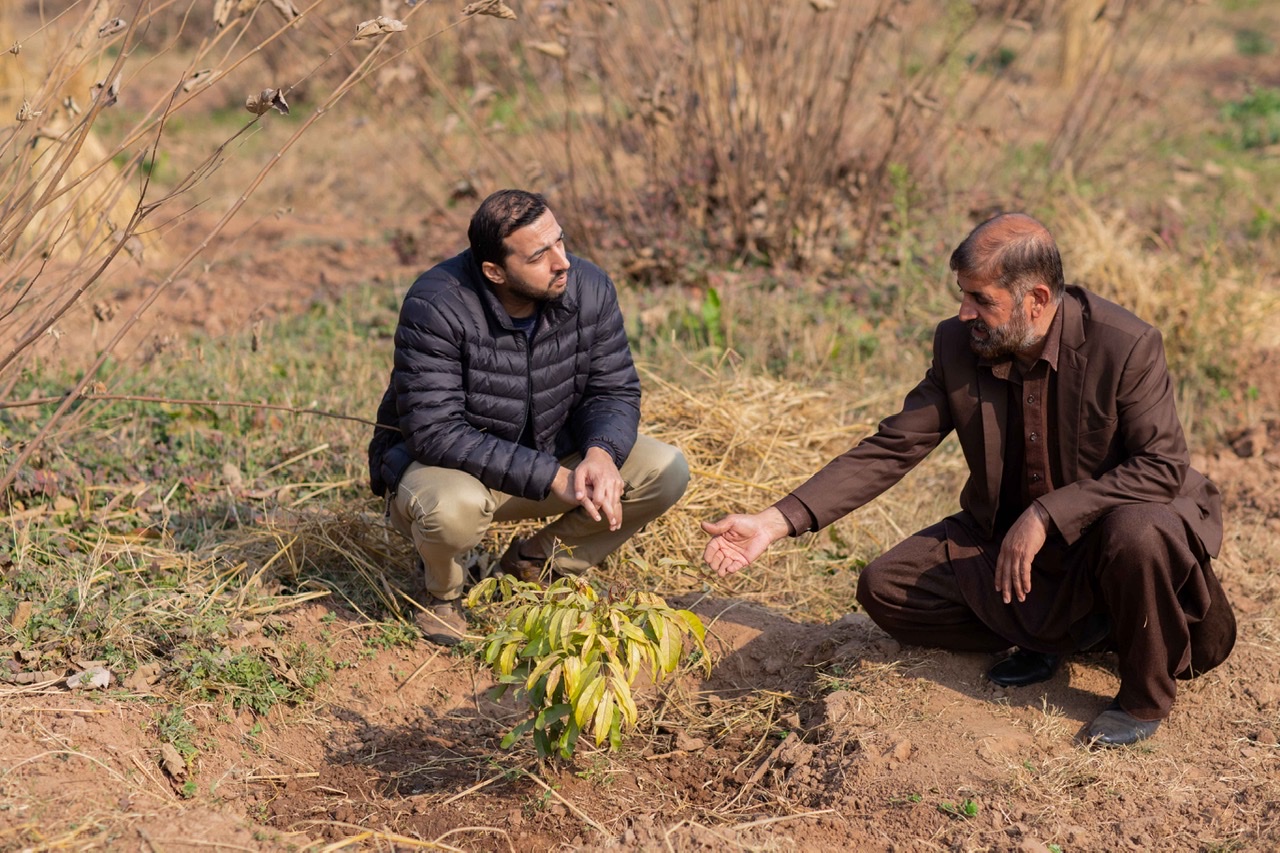 Despite being one of the most water intensive sectors, agriculture contributes 19.2% toward the Gross Domestic Product (GDP). Unfortunately, this sector is also the cause for the most waste, using as much as 90% of the country’s water supply. 50% of the water used in the agriculture sector is wasted due to mismanagement and inefficient and outdated irrigation techniques.
One of the oldest and most prevalent irrigation techniques used in Pakistan is flood irrigation, where fields are flooded with water. Not only does it put a heavy burden on the country’s current water resources, but it also results in crop stress, resulting in decreased yield and thereby, profitability. A more effective way to conserve water, maximise yield, and profitability is to use an optimum level of irrigation.
Nestlé Pakistan recognises these concerns and is working to alleviate water issues in Pakistan through it’s Caring for Water-Pakistan (C4W-Pakistan) initiative. Under the C4W-Pakistan, efforts go beyond the factory gates and collective action is taken by forging partnerships with relevant stakeholders, including government, academia, nonprofit organisations, and think tanks that work on the water issue. Since agriculture remains the most important pillar of the C4W-Pakistan initiative, a large chunk of our work involves using innovative solutions to optimise crop yield, while conserving water.
One such partnership is with the Pakistan Agriculture Research Council (PARC), where a demonstration site sprawling over six acres and powered by a High-Efficiency Irrigation System (HEIS), has been established to showcase various water conservation methods in the agriculture sector.

As a result of this modern technology, traditional irrigation methods are replaced by effective alternatives that use less water, either by diverting it to specific areas of crops or by reducing the volume of water used for irrigation. 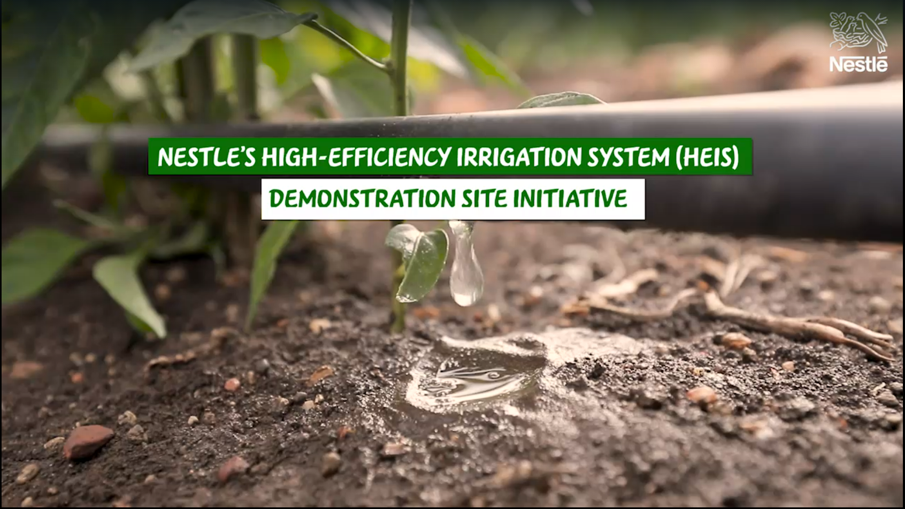 According to Mr. Mehboob Elahi, Supplier Development and Sustainable Agriculture Manager at Nestlé Pakistan, “The site models good practices by using innovative methods and environment-friendly technology and demonstrates how to use high-efficiency irrigation systems that can increase crop yield in addition to conserving water. The initiative serves as a knowledge hub for farmers, professionals, media, and service providers visiting the research centre”.

When it comes to high-efficiency irrigation systems, there are multiple types including drip irrigation systems, center-pivot systems, and sprinkler systems. While essentially, drip irrigation involves dripping water onto the soil at very low rates from a system of small diameter plastic pipes with outlets called dripper, it has different techniques too.
At the site, three of these techniques are used:
Responsive Drip Irrigation System
The Responsive Drip Irrigation System is the world’s only plant-responsive water delivery system, where a network of underground installed tubes around plants picks up on root signals to understand a plant’s need for water. This highly targeted system only releases water for specific plants on a need basis. Owing to its lack of human involvement, this system eliminates the risk of human error, resulting in high efficiency.
Underground Drip Irrigation System
Underground drip irrigation uses underground water-carrying tubes to irrigate a field of crops. These tubes are placed close to plant roots and release drops of water throughout the day. Water release can also be controlled through a central mechanism to reduce wastage and prevent over-irrigation. Since they are underground, it is easy to retain moisture that would evaporate otherwise. 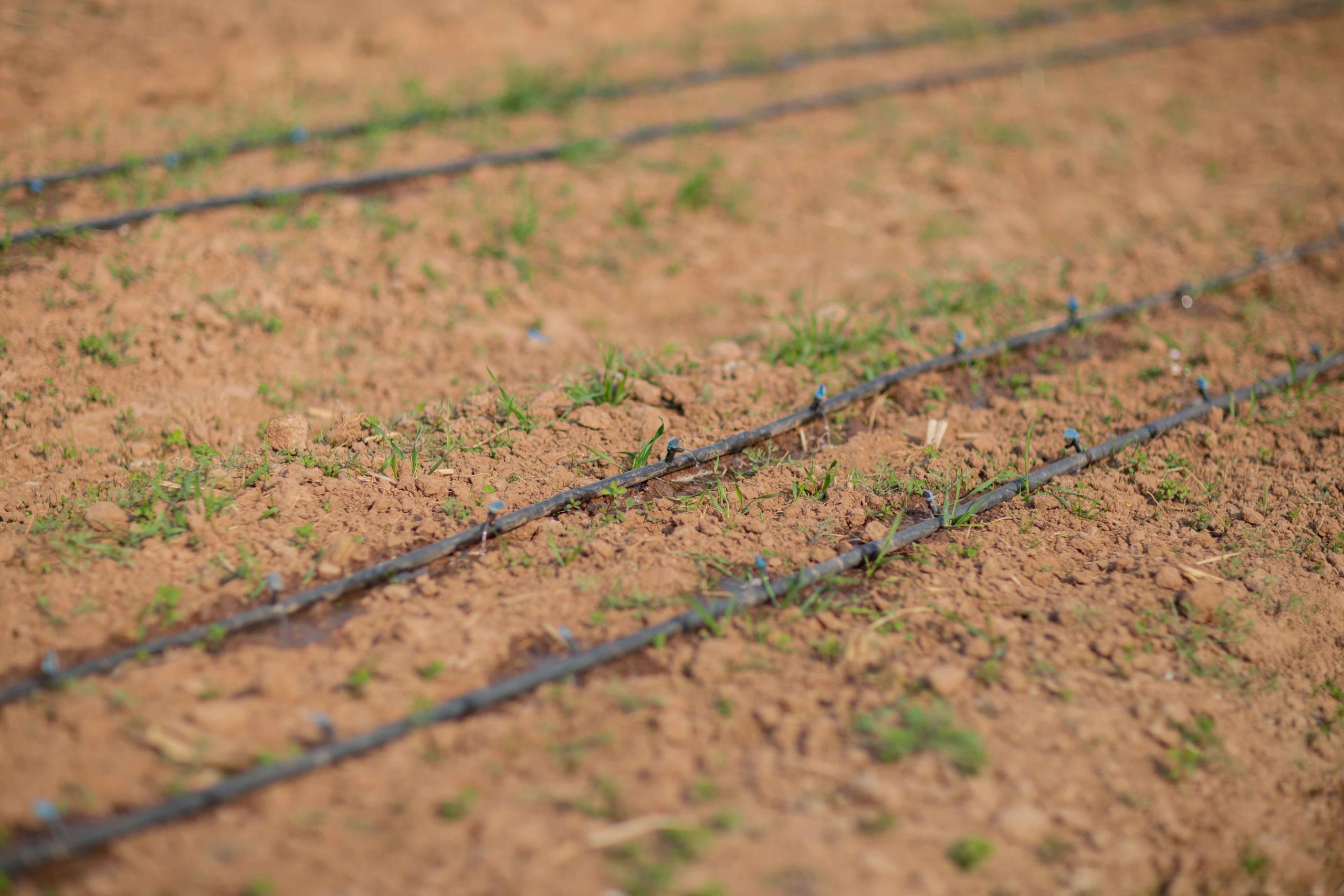 Bubbler irrigation is mainly used in tree groves, where each tree is placed in a specific basin that is flooded with water, in comparison to flooding an entire field. This water is directed to each basin through small plastic head emitters with a threaded joint called a ‘bubbler’. These are programmed to emit water at low pressure at set intervals, which ensures that the tree receives an optimal amount of water.
Another prominent feature of the demonstration site is the modified channel basin surface irrigation system, which modifies the existing flood irrigation technology with the digging of narrow channels that carry water throughout fields and to specific plants. These channels are designed to minimise water loss by directing water to crops efficiently.
So far, more than 3,300 people have visited the demonstration site at PARC and have been educated about the role of HEIS and its part in reducing water wastage across the agriculture sector.
“Our collaboration with Nestlé has been instrumental in showcasing how various alternative irrigation methodologies have not only produced higher yield but also saved water,” said Dr. Bashir Ahmad, Director of the Climate, Energy, and Water Resources Institute at the National Agricultural Research Centre, Islamabad. “We are proud to serve as a lighthouse for hundreds of people who come to us looking for solutions to complex problems related to water conservation”.
Nestlé Pakistan cares deeply about the water footprint and believes that sharing its learnings and success stories can enable farmers to become change makers and advocates of effective irrigation practices that can help Pakistan conserve water for their future generations.
These efforts are in line with the UN’s Sustainable Development Goals: 6 – Clean Water and Sanitation, 13 – Climate Action, and 17 – Partnerships for the Goals.