Berlin to put flags at half-mast for Gorbachev funeral

The German capital on Thursday ordered official flags to be lowered to half-mast during Mikhail Gorbachev’s weekend funeral as calls grew for a fitting tribute to the last Soviet leader.

“We want to appropriately honour the accomplishments of our honorary citizen Mikhail Gorbachev in bringing about the political transformation of (communist) East Germany,” Berlin’s interior minister Iris Spranger said in a statement.

Announcing the ceremonial flagging for Saturday, Spranger said Germany also owed an enduring debt to Gorbachev for allowing its reunification after the Cold War. Officials from across the political spectrum expressed their gratitude to Gorbachev, with some calling for a street or square in Berlin to be renamed for him.

Appeals grew for a memorial ceremony in Germany to honour a man credited with allowing a peaceful end to the Cold War and paving the way for democracy to sweep through central and eastern Europe after the Berlin Wall’s fall.

“Germany has a lot to thank him for, he is one of the fathers of reunification and gave millions of people their freedom,” Markus Soeder, the conservative premier of southern Bavaria state, told the daily Muenchener Merkur.

He called for a commemoration that would “point up the difference” between Gorbachev and the current Russian president, Vladimir Putin.

Gysi said such a gesture would ensure that “the strong criticism of Putin doesn’t lead to rejection of Russia as a whole” in the wake of the Ukraine invasion.

While the changes Gorbachev set in motion saw him lionised in the West and Germany in particular, they earned him the scorn of many Russians after the country was plunged into economic chaos and saw its international influence decline.

Gorbachev’s funeral ceremony will be held on Saturday in the Moscow Hall of Columns, historically used for funeral services of high officials, including Joseph Stalin in 1953.

However, Putin’s spokesman said the president would not attend due to his “work schedule”. 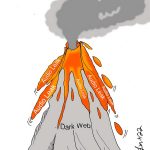 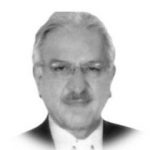