Bilal Khan to thrill fans with live concert in Canada 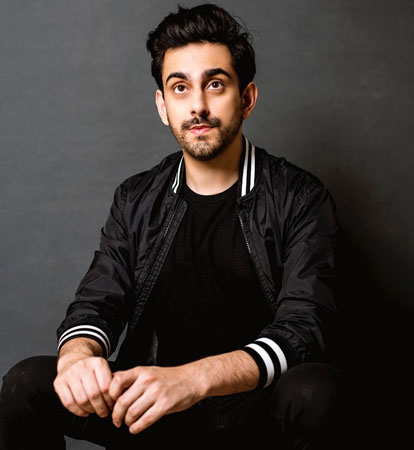 Pakistan’s famous musician, actor and YouTuber Bilal Khan, rose to fame from his smash hit ‘Bachana’, flash the Internet by storm as the heartthrob announced live concert in Toronto via social media. The vocal powerhouse known for his acoustic ballads, youth anthems, electrifying live performances and phenomenal acting, all set to enthral international fans by showcasing his rockstar skills and resonating the echoes of his swoon-worthy voice live in Toronto on October 6.

Khan took to his social media handle, shared the gripping poster of much-anticipated concert and penned “For people in Toronto” along with providing a link for interested fans to grab the tickets of tremendous event.

According to the shared poster, the multitalented artist will perform some of his blockbuster tracks such as Bachana, Larho Mujhey, Khamoshi and many more.

Recently, the singer-turned-actor has been applauded for his spectacular acting in telefilm ‘Afrah Tafreeh’.