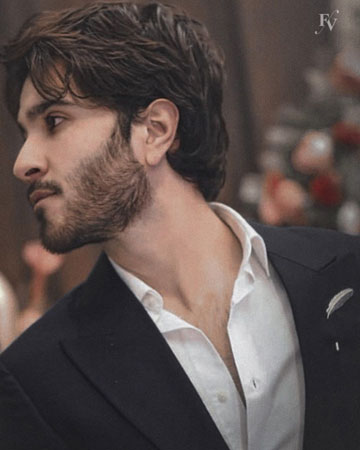 The latest video of A-list film and TV actor Feroze Khan is viral across social media platforms. Taking to the photo and video sharing application, Instagram, Feroze Khan shared a new video on the feed, which has now gone viral on social media sites. “- have faith,” the celebrity penned in the caption of the eight-second snippet. The video, recorded in front of the full-length mirror, sees the ‘Habs’ star look dapper in his Basit avatar, as he zoomed in the camera and winked, sending millions of female fans into a meltdown on Sunday. The original clip published by Feroze Khan has been played a million times on the social site and received immense love from the fans. Have a look at some of the top comments on the post. Swag, Handsome, Ferozzzz you love, why you are so handsome, Youuuuu have to my whole freaking heart. On the work front, Feroze Khan is currently being seen as Basit in ‘Habs’ alongside Ushna Shah. The unusual storyline of the serial follows a loving couple, trying to make it through the misunderstandings that are created by the unfortunate circumstances and the people around them.