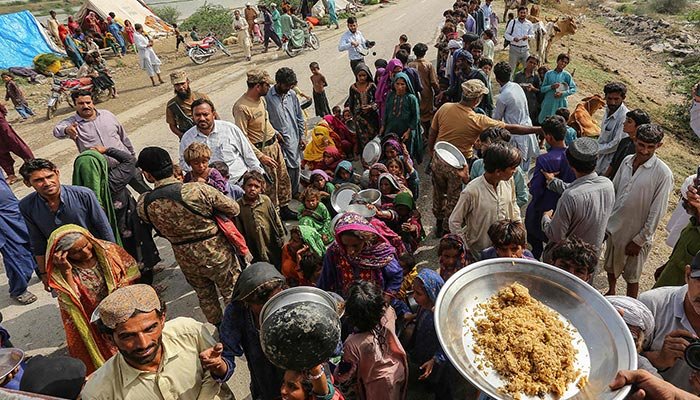 List of Items flood affectees need right now. Around 498,833 people affected by the flood are seeking shelter in relief camps in flood-hit areas in Pakistan. About 66 districts have been declared “calamity hit” among 166. As the number of flood affectees keeps growing, their need for essential items continues to increase as well.

Pakistan Army, government agencies, national organisations and NGOs continue to provide relief to the victims. However, some contributions include perishable food and other low-priority items which may not reach their destination and remain useless.

To ensure the provision of relief and rehabilitation for flood affectees, the government requires over Rs72 billion. According to the initial tender assessment report, over Rs7 billion is required in cash relief, while nearly Rs9 billion is needed to provide non-food items, and nearly Rs2 billion has to be spent on medical expenses.

Saving cattle requires over Rs9 billion, while buying equipment to speed up the relief process nearly Rs5 billion should be in place. Reconstruction of overall infrastructure and around 82,000 homes requires Rs41 billion, Independent Urdu reported.

So before you decide to contribute to the ongoing relief efforts across the country, here is a list of items to consider sending to the victims or dropping off at camps making collections:

Cooked food can only be sent to people who are residing closer to relief camps and can readily receive contributions with lesser chances of the items expiring.