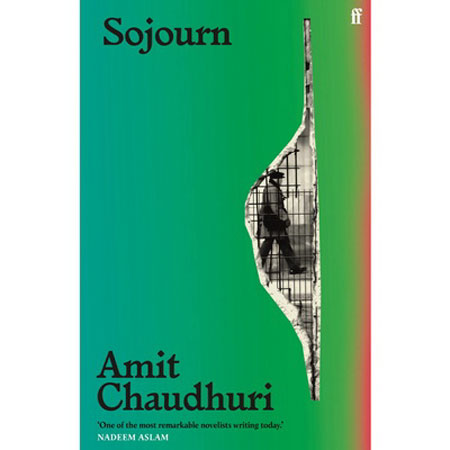 Amit Chaudhuri’s eighth novel reminded me of 1993’s Afternoon Raag, featuring an alienated English literature student at Oxford, or 2014’s Odysseus Abroad, about Ananda, a poet adrift in London. Sojourn has the same impressionistic tone – everything feels dreamlike, illusory and yet attentively described. There’s a similar meandering and languid style that likes to survey minor day-to-day details, mingling and suffusing them with the wider significances of history. This time we are in Berlin, though and our unnamed protagonist is no longer a student but a visiting professor at the university. Sojourn is an even slimmer book than those earlier works – more compact and stripped down, as if seeking to do more with less. Chaudhuri is now 60. He was born in Calcutta, grew up in Bombay and studied in London and Oxford. I should say upfront that you don’t read his work for plot or purposefulness. He eschews conflict or confected drama; his literary preoccupation is best characterised as “belonging and not belonging”. And in this book – as in those others – he meditates on identity; identity as conjured or dispelled in a setting. Courtesy the guardian