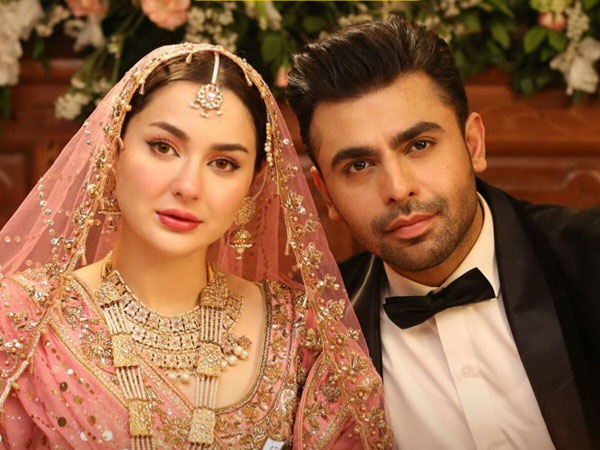 Drama serial Mere Humsafar has become the talk of the town for showing the oppressed Hala, played by Hania Aamir, defended by her knight in shining armour, Hamza, played by Farhan Saeed, against all odds.

Although derivative – projecting another damsel in distress, unable to break free from shackles of abuse without male-support or guidance – the show has gripped viewers’ attention for landing among the rare Pakistani serials to boast a husband taking a stand for his, setting a precedent for other drama makers to follow.

This week’s double episodes saw Hala opting to move back in with her father and sister to save her baby and herself from the toxic and abusive energy looming over her at her in-law’s. Hint: Shahjahan, played by Saba Hameed and Rumi, played Hira Khan are insufferable.

Hamza and Hala reach some major milestones in their relationship through the much-needed confrontations about the latter’s past lover and her insecurity about losing Hamza and their baby’s future. However, Hamza clears the air by reassuring Hala that he would’ve supported her instead of using her past to mock her.

Watching Hala finally get a loving and caring husband has Twitter in tears and fans are going gaga over Hamza’s portrayal. Despite its flaws, a user is grateful a Pakistani serial is finally portraying husbands like it should. Another praised Saeed and Aamir’s performances and said Hala’s comeback was their favourite part.

“Amazing story, acting, and situations. This is the first time in a Pakistani show that a husband stands for his wife like this even after her mistakes. While in other stories, these words would’ve ruined both lives. I appreciate it.”

The play definitely progressed from ugly abusive fights between families to Hala standing her ground and finding her happy ever after. One user said Mere Humsafar was their “guilty pleasure” when it started out and now it’s their “high point of the week.”

Another had some thoughts on Hala and Hamza’s confrontation. “Hamza’s questions were right; she didn’t try enough but also Hala’s helplessness about her lies were also valid. This confrontation cleared everything up.”

Not just in Pakistan, but Hamza has stans in India as well. One user said 200 people in their hostel are watching the drama because of him. Not just that, but a user even prayed to get a man like Hamza in their life.