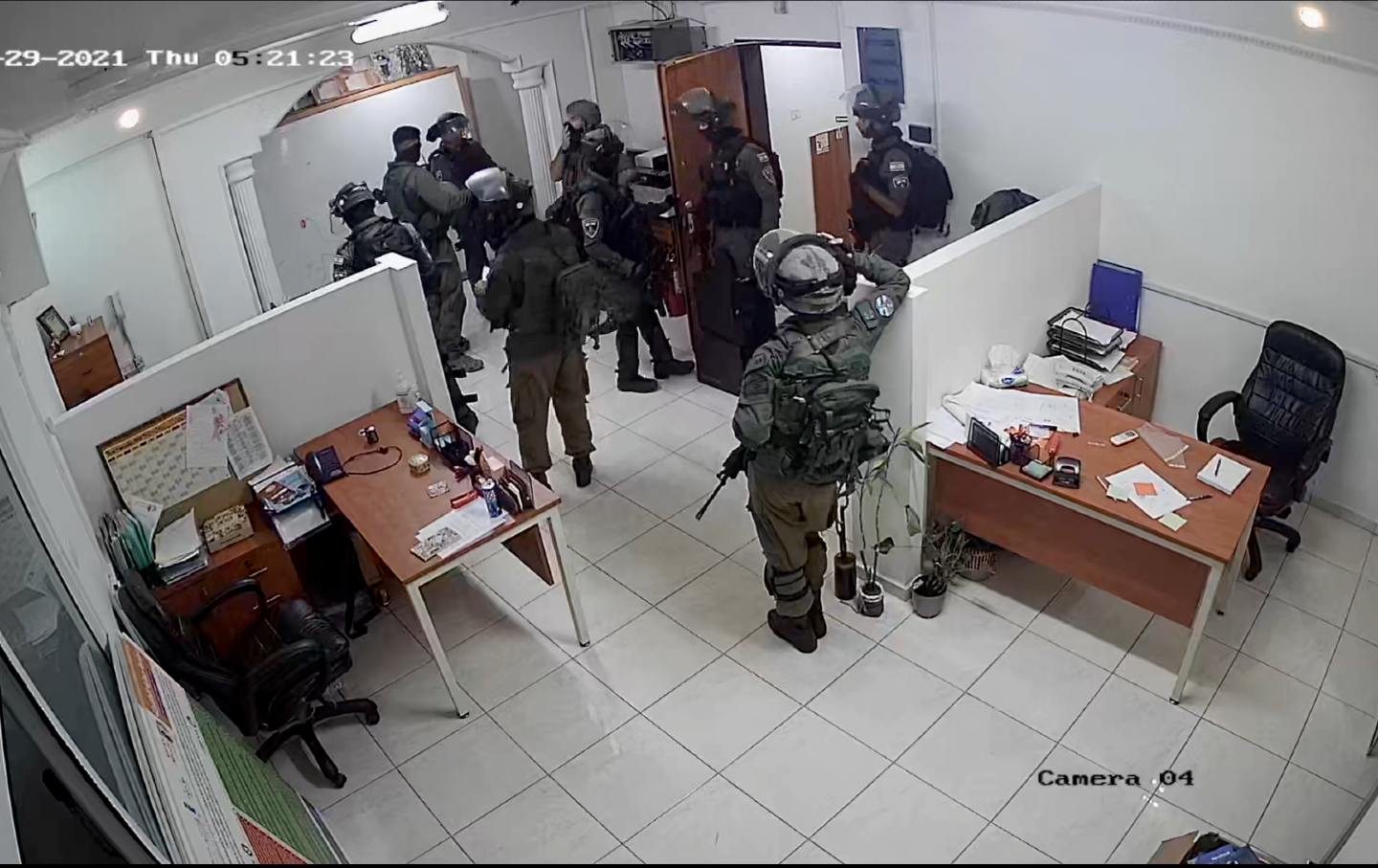 Israeli security forces on Thursday raided the offices of multiple Palestinian human rights groups in the occupied West Bank, which the state has branded “terrorist organisations”.

At the Ramallah offices of human rights group Al Haq, the front door had been welded shut and a Hebrew statement left saying it would remain closed for “security reasons”.

“Any activity in this place jeopardises the security of the area, of the security forces and of public order,” said a statement seen by AFP.

Al Haq is one of six Palestinian groups branded terrorist organisations by Israel in October for their alleged links to the leftist militant group the Popular Front for the Liberation of Palestine (PFLP).

Israel has not publicly shared any evidence of the alleged ties to the PFLP, which has been labelled a terrorist organisation by many Western governments.

Last month, nine European countries said they would continue to cooperate with the six groups, after “no substantial information” was received from Israel to justify their terror designation.

Staff from Al Haq removed the metal sheet covering their office door on Thursday and vowed to continue working, despite computers and other equipment being seized.

On Thursday morning, tear gas canisters littered the street outside Al Haq’s office. The Israeli military said it responded to “rocks and Molotov cocktails” being thrown at soldiers during the overnight raids.

West Bank cities are nominally under the full control of the Palestinian Authority but the Israeli security forces carry out frequent incursions, which are often met with stones or petrol bombs.

In a tweet, senior Palestinian Authority official Hussein al-Sheikh described the raids as “an attempt to silence the voice of truth and justice”.

They come after Israeli Defence Minister Benny Gantz announced on Wednesday that the terror designation of three of the groups had passed into law.

The other three, which had challenged their terror designations, had their appeals rejected, a statement from Gantz’s office said.

Israeli forces additionally raided the offices of a seventh organisation — the Union of Health Work Committees — which was banned by Israel from working in the West Bank in 2020.