The woes of children in Balochistan

In recent months, it
was reported by the Office of the National Commissioner for Children in collaboration with the United Nations Children’s Funds (UNICEF) that before the 18th Amendment to the Constitution was passed in 2010, the federal government had a number of initiatives related to protecting children’s rights and affairs, which were then under way. Unfortunately, these initiatives were not adopted by the provinces after the devolution of the amendment. As a result, the woes of children in the provinces, particularly in the largest province of the country, Balochistan, are increasing. “Astonishingly, in Balochistan’s only Chaghai district, the death ratio of children is 34 percent,” reported Ali Raza Rind, who is a journalist based in Chaghai. Very pathetically, it is the situation of children in a single district of Balochistan, let alone other districts, where there is no independent and investigative journalism.
Undoubtedly, innocent children in Balochistan are plagued by numerous woes that range from education and health to labour, sexual assault and kidnapping etc. There are many children, who can be seen working regularly on the streets of Quetta, the provincial capital of Balochistan, as garbage collectors, carpenters, or working in automobile shops. One of the children, who collects garbage, a child as young as 11, said he was sexually abused when went to homes for the collection of garbage. Unfortunately, it seems that children in Balochistan do not have rights, as they, in all of Balochistan’s sectors, have been living in a pitiable condition. Let us discuss three key factors that have put the children of Balochistan in distress.
Firstly, let us look at education. It was reported by Alif Ailaan, a non-profit organisation working on education in the province, that 66 percent of Balochistan’s children do not go to school. Ironically, there are some districts in Balochistan where they do not have schools. Therefore, children are being deprived of their fundamental right of education. They, instead of going to school, go to work in different places, particularly in Quetta, the provincial capital of Balochistan. Advisor to the Chief Minister (CM) Balochistan on Education Sardar Raza Mohammad Barech himself also confessed at the Quetta Press Club that there are 7,000 schools across the province with just a single room and a single teacher.
In the rural areas of Balochistan, the children of poor parents reportedly attain positions in matriculation exams. But they, due to poverty, cannot complete their education. As for Quetta, there were some children there whom this scribe met and interviewed who said they could not afford to go to school, as they hardly earn a livelihood for themselves and their family members despite having an extraordinary interest in education. On the other hand, the provincial government of Balochistan, which is led by Dr Abdul Malik Baloch, has been erroneously claiming that they are doing their level best to provide education to every child in the province, which is pragmatically not so. Merely, in the name of education, funds have reportedly been embezzled. That is why children are deprived of their fundamental rights.
Secondly, when it comes to the health sector, the province is showing a bleak picture on all levels. According to the Emergency Operation Centre (EOC), only 16 percent of children are fully immunised in the province, while the other 84 percent are at risk of contracting any minor or fatal disease. In the rural areas of Balochistan, it becomes uglier, where they are increasingly sufferers of malnutrition and other fatal diseases, which snatch their lives. “When the children suffer from minor diseases, it also becomes the cause of their death, as they cannot bring them to cities for treatment,” says a Quetta based doctor, further adding, “Due to the target killing of polio workers in the province, polio cases still get reported.” That is why Balochistan is lagging behind other provinces in terms of social indicators. Moreover, government officials say that though doctors are posted in various parts of the province, they do not go to perform their duties. Instead, they are running their private clinics in Quetta. Therefore, in the rural parts of Balochistan, government hospitals bear a deserted look.
Thirdly, we know that Balochistan’s people still live in a tribal society where children are forced to marry early. The practice of child marriages has been affecting them (children) tremendously, and this not only affects their education but also their mental state. Due to lack of awareness and poverty, parents get their children, whether girls or boys, married before the age of 18. Moreover, they also cannot afford to send their children to school. As a result they get them married off early. Though anti-child marriage laws have been adopted in Sindh and Punjab, these are laws are still in pending in Balochistan and Khyber Pakhtunkhwa, which is why children are getting married early in these two provinces. “When I was in school in the eighth class, I got married to a girl unwillingly despite telling my parents that I wanted to compete my education, but they did not listen to me. Therefore, I had to marry early. Nor is my better-half educated now,” said Mohammad Aslam.
Due to the devolution of the 18th Amendment, all powers have been transferred to the provinces. Despite this, the provincial government of Balochistan has not done any remarkable work in order to protect children’s rights in the province, as well as to provide free and compulsory education to them. Therefore, due to the negligence of the government, children’s woes are being compounded everyday instead of dwindling. This time, like in the past, the provincial government of Balochistan ought not to be a complainant about the federal government, as it is being given their share, which the CM of Balochistan has himself acknowledged on many occasions. So, in this context, the government of Balochistan had better come forth to resolve the woes of Balochistan’s children. 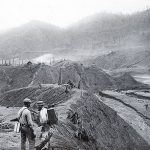 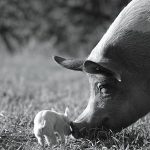 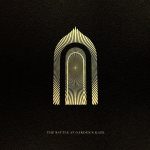 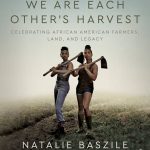