* Imran Khan says Gill is being tortured to give statement against him
* No communication with COAS Bajwa at present
* PM House working to create divide between PTI, army 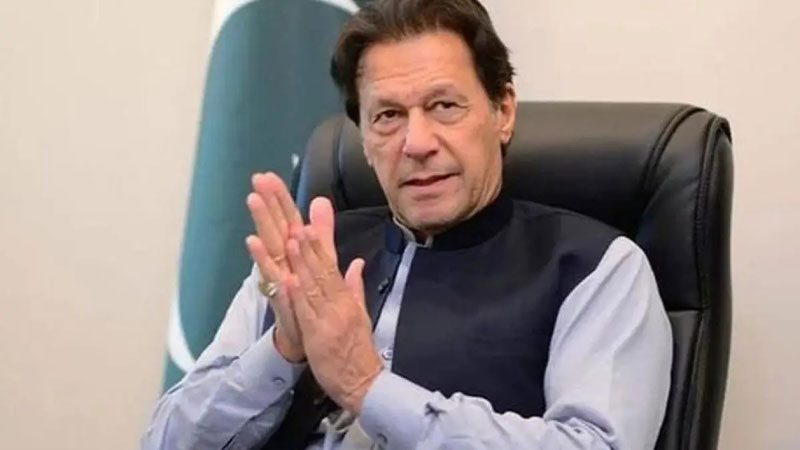 Former prime minister Imran Khan on Monday claimed that arrested PTI leader Shahbaz Gill is being brutally tortured and forced to give a statement against him.

“Shahbaz Gill is being tortured and forced to give a statement against me … he is also being asked how many times Lieutenant General Faiz Hameed has met Imran Khan,” the PTI chief told a private TV channel during an interview. Imran said he was “extremely upset” with the treatment meted out at Gill in prison. “It is extremely painful. I didn’t even know this […] Our lawyers told us that his clothes were stripped off and he was beaten up. “They are torturing and trying to mentally break him. And they are forcing him to give statements against Imran Khan,” the ex-premier alleged

He said a media cell in the Prime Minister’s House is working to create a divide between PTI and Pakistan Army. “Whatever I have to say, I will say it myself … I don’t need to make Shahbaz Gill speak on my behalf,” he asserted. The former PM said that some remarks given by Shahbaz Gill were wrong, adding that he wants to see army as a strong institution.

“He [Gill] shouldn’t have said it because it falls under instigating the army […] it is completely right […] we want to see army as a strong institution,” he said. However, the PTI chief contended that statements against the establishment were also passed by coalition government leaders Maulana Fazlur Rehman, Maryam Nawaz, Ayaz Sadiq, Nawaz Sharif and others in the past. “But what happened with them?”

To a question about PTI’s relations with COAS Qamar Javed Bajwa, he said that situation did not deteriorate with the COAS. “I don’t talk with the army chief, I used to talk to him when I was the prime minister. I think the opposition has no business talking to the army chief,” he said. “Any extension to army chief is not my issue, this decision will be taken by the government,” he added.

In response to a question regarding the boycott of elections, he said, “I have many options … I have not considered it yet, however another long march can’t be ruled out.”

Imran also claimed that everything that happened with Gill was a conspiracy to “scare PTI supporters” and “create an impression that PTI is against the army and martyrs”. “This propaganda campaign was created in the prime minister’s cell,” he alleged, adding that the closure of ARY News was also part of the conspiracy. “This is all their plan to shut my supporters,” the former prime minister pointed out, continuing that the same was being done with YouTubers who spoke up in support of him. “Their aim is to make a treason case against us and create misunderstanding between the army and PTI because we are the only party that represents all of the provinces.”