Why do Americans dread socialism?

The debate held on October 13, 2015 amongst presidential hopefuls belonging to the Democratic Party added a new dimension to US political discourse. Issues came up for discussion including climate change, affordable healthcare, the Trans-Pacific Partnership, income inequality, increase in minimum wages, terrorism and gun control. Senator Bernie Sanders, one of the aspirants seeking the party nomination, galvanised the audience by announcing his resolve to pursue “democratic socialism” in the country. He believes socialism is required to salvage the economy and, by extension, the political system from “over dominance” of the conglomerates of big business, billionaires and millionaires.

In defence of his argument, Sanders quoted that the top one-10th of the one percent (0.10 percent) of the population own almost as much wealth as the bottom 90 percent and 57 percent of all new income accumulates to the top one percent. Sanders argued that this concentration of resources is happening while 45 million people are living in poverty, 30 million are left outside health insurance coverage and racial discrimination continues to marginalise ethnic minorities. He claimed that more people in the US were in prison than the inmates of European countries in total. Sanders complained that the high interest rate of education loans prevents students from pursuing higher education in universities.

Sanders pointed out that Wall Street, the American International Group (AIG) and big business provide generous funding to candidates for the state legislatures, Congress and presidential hopefuls as an investment to safeguard their interests. Consequently, the functionaries in the state and federal governments turn hostage to big business and promote vested interests as against national interests. Sanders characterised “financing the election campaigns” by big business as corrupt.

In contrast, the debates held earlier for Republican candidates focused on tightening the border, the deportation of 11 million undocumented immigrants, defunding Planned Parenthood for its alleged role in abortion, scrapping affordable healthcare, granting tax breaks for big business and termination of the Iran nuclear agreement. They termed President Obama’s external policy as elusive and denounced the administration for failing to put in place a contingency plan prior to troop withdrawal from Iraq. It should also be mentioned here that Obama’s electoral pledge to impose higher taxes on the wealthy and grant tax breaks for the poor was branded a socialist measure to devour big business, impede economic growth, shrink employment opportunities and thereby destroy lower income groups. Americans are paranoid about socialism, but why?

One explanation is that people are reminded of the former Soviet Union where the state would own all assets and properties, individual ownership of business enterprise was outlawed and the practice of religion was strictly prohibited. Compulsory drafting in the army, denial of civil liberties and one-party rule were the political culture in socialism. People remember how the Soviet troops were let loose to pulverise the popular uprising in Hungary in 1956 and dislodge the government in Czechoslovakia in 1968, which showed little eagerness to follow Moscow’s political culture. The Berlin Wall that dissected Germany and the brutality inflicted on the people who ventured to meet friends and relatives on the other side of the city made people scared of socialism. The state-owned economy combined with one party rule transforming into an incestuous society, over time, came to be known as communism. It became synonymous with a dark age guarded by the secret police, disappearances and sending dissidents to exile in Siberia.

On the other hand, people in Western Europe and in North America have always had full ownership of land and properties, exercised innovation to carry on trade and commerce, and enjoyed freedom to worship any religion they felt appropriate. They would participate in the election of their governments from time to time. This economic and political trajectory was never altered even during the two world wars.

The unregulated free economy, as practiced in Western Europe and North America, did promote economic growth but it also resulted in the concentration of wealth in the hands of a few. Most of the newly independent countries in the 1950s and 1960s opted for a free economy on the model of western countries. The ruling functionaries were impressed with the visible signs of prosperity though mostly in the urban areas and were further encouraged by the soft loans extended by the World Bank and the International Monetary Fund (IMF). Funding from the international capital markets contributed to the industrialisation of the economy and improvement of infrastructure. In the process, however, it aggravated income inequality in society where the rich became richer and the poor became poorer.

Economists from developing countries, trained in the universities of the US and Europe, upon returning home, could see forebodings in wait. They were quick to discover that “growth was not followed by distribution” and consequently the gap between “the haves and the have-nots” was on the rise. They also found that growth was uneven; some regions, owing to political leverage or proximity to the central government, disproportionately benefited more than others and social discontent started brewing. The influence of the conglomerates of big business and industrialists on government functionaries, and the absence of regulations to ensure equitable allocation of resources contributed to the unhappy state of affairs. These economists called for overhauling of economic management and suggested that the government take control of big business, including the banks and insurance companies. They indeed recommended a “model of mixed economy” with an expanded public sector side by side with a thriving private sector functioning under democratic patterns of governance. This concept came to be known as democratic socialism and became popular in the late 1960s and 1970s. The rising middle class and intelligentsia welcomed the idea as they believed it would ensure growth and address income inequality in society.

Sanders has, however, defined socialism in a different way; he has called for growth in government spending and summed up that it is nothing more than the pursuit of fairness in a country now being rigged by the rich. He further elaborated: “It means having a government, which represents all people rather than just the wealthiest people, which is most often the case right now in this country.” Sanders does not favour a system where the workers or the government own factories or other means of production. Instead, he wants to take over federal programmes such as Medicare and bring everybody under its coverage.

Sanders has a long way to go. He has formidable adversaries on Wall Street and the conglomerates of big business who will apply all available means to deny him the nomination in the first place. If that does not work, all efforts in concert with the print and electronic media will be made to deny him an electoral victory. His adversaries within the Democratic Party are at their best in portraying him as a socialist and reminding the voters that 50 percent of Americans will not vote for a socialist. But Sanders has been able to orchestrate a support-base amongst the young, middle class and low-income groups. About 650,000 people have contributed, varying from $ 20 to $ 35, to his campaign fund and a large number of volunteers are on the campaign trail without seeking regular compensation.

The induction of the youth and the attracting of thousands of people in his rallies has been unprecedented for a candidate who positioned himself against big business. He has conveyed a message and the people have heard him loud and clear. Judged in this context, Sanders has already scored a victory.

The writer is a former official of the United Nations 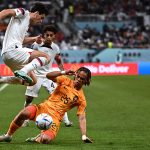