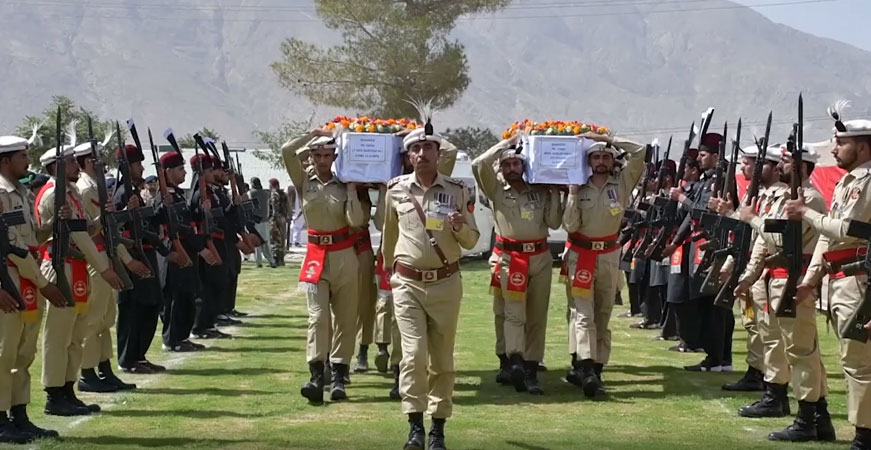 Hailed as one of history’s greatest military commanders, Napolean Bonaparte had once famously remarked, “It is the cause, not the death. that makes the martyr.” Rightfully so, because this determined rigour to sacrifice everything for the motherland and its people speak to a greater calling, and thus, blessed are the souls who find it in themselves to embark on such a holy crusade. There can be no better example of this majestic selflessness than the ranks and file of Pakistan’s armed forces, who have repeatedly (and quite, literally) watered down the fire ready to ravage their homeland with their own blood.

May it be jumping to the ground to guard the fortress against the provocative blaring of the war trumpet by our enemies or sorting their house in the face of demons roaring within, Pakistan Army has always stayed true to its rallying cry, “Iman, Taqwa, Jihad-Fi-Sabeelillah,” (loosely translated as “faith, piety and holy war in the path of Allah.” More impressively, the armed institution goes above and beyond its job description to very emphatically join hands with the civilian structures to help the countrymen in all times of need. From the unnerving earthquake in 2005 to 2010’s debilitating floods to the painstakingly crucial polio campaign to the more recent enforcement of public safety measures in the midst of the pandemic, our armed forces have always been available to share the burden. It was exactly this passion to carry the government’s weight in the ongoing deadly monsoon season that made six outstanding officers step on a relief mission to the flood-stricken southwest on August 1. The ill-starred helicopter soon lost contact with the air-traffic control officer as a military statement confirmed the crash. The wreckage of the helicopter was found near Musa Goth in the Lasbela district. All the six officers on board including Commander XII Corps Lieutenant General Sarfaraz Ali embraced shahadat (martyrdom). Those martyred include Brigadier AmjadHanif, Brigadier Muhammad Khalid, Major Saeed Ahmed, Major M TalhaManan and NaikMudassarFayyaz. 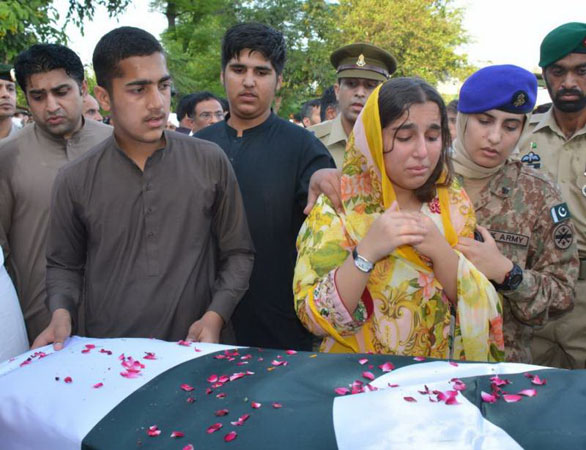 The loss of those promising servicemen as they stood on the frontline to serve others was nothing short of a national tragedy and was observed likewise by the entire nation. With messages of condemnation pouring in from all quarters, Prime Minister Shahbaz Sharif expressed grief and sorrow, extending heartfelt sympathies to the bereaved. All political parties stepped away from the usual discourse to pay their regards to the soldiers of the soil and keep them in their thoughts and prayers. Quite appropriately described as “dutiful sons who…have emerged as great examples of service,” by the premier, Pakistan was, indeed, indebted to their valour. Former prime minister Imran Khan similarly sympathised with the bereaved on social media and recalled how he “had the privilege of knowing Lt Gen Sarfaraz Ali whom I found to be a thorough professional and an upright, honest human being.” 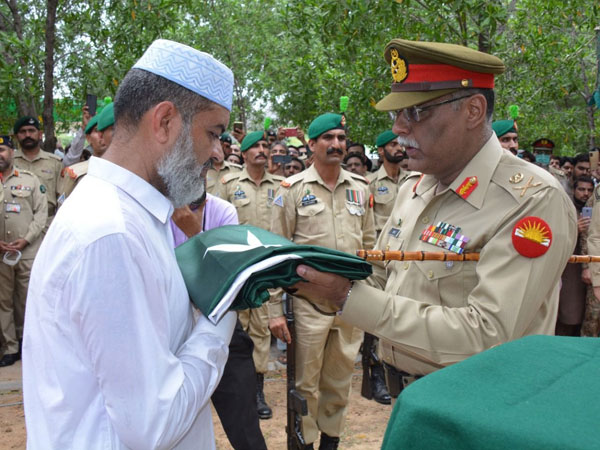 While all of Pakistan remained united in their mourning, some sinister initiatives taken on social media wasted no time in rubbing salt on our wounds. The chopper crash triggered “hurtful and derogatory remarks” on social media, which have been heavily censured by the media wing of the Pakistan Army, Inter-Services Public Relations, for “caus(ing) deep anguish and distress” among families of the deceased officers and rank and file of the armed forces. Deploring the anti-army campaign, army spokesperson Maj Gen Babar Iftikhar remarked, “while the whole nation stood by the institution in this difficult time, certain insensitive quarters resorted to hurtful and derogatory comments on social media which is unacceptable and highly condemnable.” He has also called on the nation to “unite in rejecting elements that spread negative propaganda and rumours.” Defence Minister Khwaja Asif has stood behind the armed forces in condemnation of the malicious social media campaign. Addressing a media conference in Sialkot, he believed that making the people who laid their lives for the country a subject of discussion was akin to stooping to the lowest of levels. “The enemies do not need to fight a war with Pakistan anymore as such people have been born in their ranks,” he bemoaned.