The Pakistan Tehreek-e- Insaf (PTI) re-filed its reference after amendments on Friday with the Supreme Court in a bid to remove the Chief Election Commissioner (CEC) Sikandar Sultan Raja from the post, a private TV channel reported.

The reference was filed by overseas Pakistani Aslam Malik on behalf of the PTI and sent to the Judicial Commission of Pakistan (JCP) whereby the removal of CEC and other senior officials from their respective offices was sought.

The reference contends that the ECP – the electoral watchdog, was guilty of misconduct in the PTI prohibited funding case, seriously violating the country’s laws by declaring overseas Pakistanis as foreigners and the verdict against the party, therefore, is unconstitutional.

The CEC and other members reneged on their oath, the reference alleged while also stating that the commission made “many decisions that fall under misconduct in the past” as well.

Earlier this week, the ECP had announced its ruling in case of the PTI’s prohibited funding and ruled that the party did indeed receive illegal funding, while issuing a notice to the party asking why the funds should not be confiscated. After the ruling, the government had decided to send a declaration against the PTI to the SC. 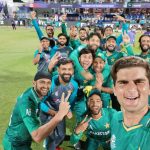