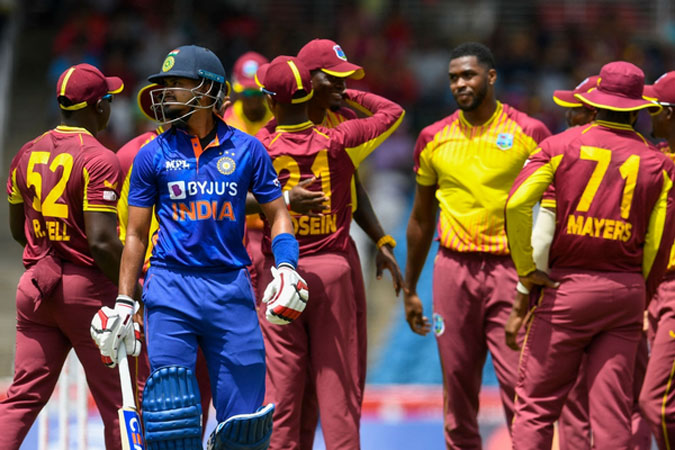 LONDON: The Florida leg of the Twenty20 International series between India and West Indies for the fourth and fifth games is set to go ahead as planned this weekend following the stamping of USA visas for both teams on Wednesday.There was a delay in the visa process for both teams and it needed the intervention of Guyanese president Irfaan Ali to ensure the paperwork was complete after members of both teams flew into Georgetown via a charter flight following the completion of the third T20I in St Kitts on Sunday. The teams were earlier expected to receive their USA travel document in Trinidad or St Kitts, the venues of the first three T20Is of the series.

While Cricket West Indies (CWI) had been confident of the issue being resolved in time, they had been preparing a contingency plan to stage the final leg of the series in the Caribbean, mostly in Port-of-Spain.While those with the requisite USA visa flew in from St Kitts, the rest of the touring party will fly into Miami via a charter from Georgetown on Thursday. Among them are India head coach Rahul Dravid and captain Rohit Sharma.

The T20I leg has been hit by a series of logistical hitches. The second T20I in St Kitts was delayed by three hours after a late arrival of team kits from Trinidad, which hosted the series opener. As a result, the third T20I the following day was also delayed, with the start time pushed back by 1.5 hours to give players sufficient recovery time.India currently lead the five-match series 2-1, with the next two games scheduled back to back on Saturday and Sunday. They will be sweating over Rohit’s fitness after he retired hurt in the third T20I due to back spasms.The Central Broward Park, in Lauderhill, Florida, is a regular pitstop in India’s tour to the Caribbean with matches being staged at the venue on every tour since 2016.