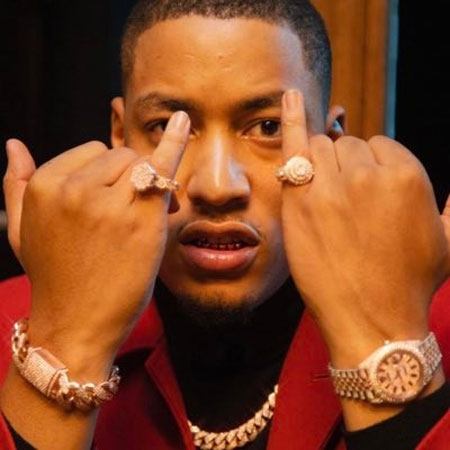 After being influenced by the teachings of the religion, Birmingham-born Dutchavelli, 28, accepted Islam and became Muslim.

A video circulating on social media platforms sees Dutchavelli taking his Shahadah to embrace Islam. Moreover, the rapper also shared the viral clip on his Instagram stories to confirm the news.

Fans flocked to the comments section to extend their congratulations to the artist. A Twitter user wrote, “May Allah SWT guide him and put it in his heart to follow guidance. He definitely needs peace in his soul from all the street drama that surrounds him.”

Earlier reports from several media outlets suggested that the British artist had started reading holy Quran and other religious books regularly, however, no official confirmation came from Dutchavelli himself. Stephen Allen who later adopted the stage name Dutchavelli began his career as Dutch in 2016 with songs like ‘New Jack City’. However, the legal trouble involving a firearm charge in 2018 curtailed his career for two years amidst on remand imprisonment. The rapper regained recognition in 2020 after being released on licence and gave a series of hits including ‘Only If You Knew’ which amassed over 20 million views in a few months.

Additionally, Dutchavelli has given a number of hits in collaborations with artists such as Stormzy and M Huncho. Furthermore, he has cemented his name as one of the leading emerging talents in the drill scene as well.