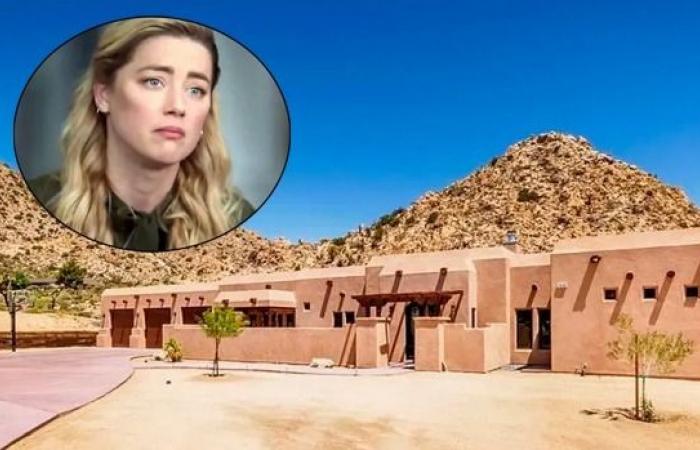 Amber Heard sells her California home to pay Johnny Depp in order to compensate Johnny Depp for his losses. She sold her house for a whopping $1.05 million and generated a profit of roughly $500,000.

The Yucca Valley Home was purchased by the Aquaman star through an anonymous trust in 2019 for $570,000, according to Zillow property records.

The actor’s Southern California property helped her earn a big profit of $480,000 after she sold it for $1.05 million which is 75% of the amount Heard got the house for three years ago.

According to TMZ report, the new owner of the home has acknowledged that he communicated with Heard’s representatives but never with her directly.

Amber Heard sells California home to pay Johnny Depp. The actor is reportedly trying to reshape her life and move away from the vicinity of Hollywood and the excessive media attention.

Heard filed the notice to appeal the court’s decision in the bombshell defamation case which ruled that she indeed defamed her former husband in op-ed she wrote for The Washington Post.

Expressing her disappointment post-verdict, the 36-year-old actor wrote on Instagram, “The disappointment I feel today is beyond words. I’m heartbroken that the mountain of evidence still was not enough to stand up to the disproportionate power, influence, and sway of my ex-husband.”

“I’m even more disappointed with what this verdict means for other women. It is a setback. It sets back the clock to a time when a woman who spoke up and spoke out could be publicly shamed and humiliated. It sets back the idea that violence against women is to be taken seriously,” she added.

Camille Vasquez said romance rumours surrounding Johnny Depp and her were “disappointing” while adding that she’s “touchy feely” with everyone. During an interview with Gayle King for CBS Morning, the 38-year-old attorney was asked about the social media speculations regarding her relationship with the Edward Scissorhands actor.

“It was disappointing to hear them,” Vasquez, who now enjoys celebrity status after Depp won libel trial against ex-wife Amber Heard, said.

“But I think they started because people like love stories, they like to make things up, right? It doesn’t mean they’re true. And obviously, in this case, they weren’t true. Never have been true,” she added.

The rumours were first started during the bombshell trial when Vasquez was captured hugging the actor in the court, however, she debunked them stating that the remarks were “sexist.”

The host said that people might have thought that something is going on between the pair because Depp and Vasquez were kind of “touchy feely.”