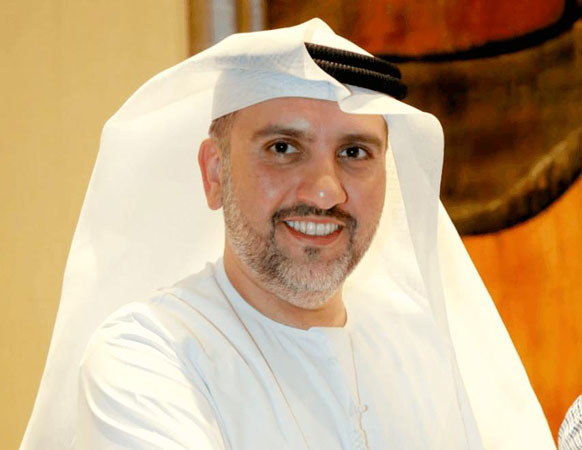 With advancements in science and technology, several countries joined the league to conquer new avenues in every industry.
UAE ranks among those few nations that have rapidly adopted modern technologies and have shown exceptional interest in investing their time and money. It has become possible due to some visionary people like Sulaiman Al-Fahim.
He is a successful and renowned personality in the UAE who takes interest in media, real estate, and technology. He made phenomenal achievements in his career and is now on the verge of claiming Muslims’ stake in the crypto world with sustain.Exchange – An Islamic Crypto Ecosystem. Let us now get to know more about him and see his way of defining the future of technology for the Muslim world.

Who is Sulaiman Al-Fahim? – Sulaiman Abdul-Karim Mohammed Al-Fahim is a well-known Emirati TV personality and a successful real estate businessman in the UAE. He was born in Dubai in 1977 and earned his MBA in Finance and Real Estate from the Kogod School of Business at American University in Northwest Washington, D. C. He is also famous for the takeover of Manchester City F.C by Abu Dhabi royal family. Al-Fahim is the head of a renowned real estate company “Hydra Properties”. It is owned by the Royal Group which is a credible investment conglomerate owned by Tahnoun bin Zayed Al Nahyan.

His Futuristic Vision – just like other visionary and futuristic Arab leaders and businessmen, Al-Fahim also wanted to bring the best to his people and for that, he decided to step into the crypto world with a broad and futuristic vision that states, “Representing Muslim’s Contribution in the Crypto World and Enabling Them to Rank Among Industry Leaders”. With this vision, he wants to encourage people from across the world to contribute their share and play their part in successfully creating Muslims’ identity in the global crypto economy. This seems pretty simple, but it isn’t.

Just like other visionary and futuristic Arab leaders and businessmen, Al-Fahim also wanted to bring the best to his people and for that, he decided to step into the crypto world with a broad and futuristic vision that states, ‘Representing Muslim’s Contribution in the Crypto World and Enabling Them to Rank Among Industry Leaders’

Where Does He Stand Now? – unlike others, Al-Fahim adopted a more intelligent and smart approach. To accomplish his vision, he joined hands with some of the best minds within the blockchain and Web3 world. With them, he is on the mission of launching the Shariah-compliant Sustain.Exchange. Its successful launch and acceptance within the global cryptocurrency market will be one of the initial milestones. His roadmap to success doesn’t stop here as he strives to open new avenues and unleash the real potential within this new digital world.

What Inspired Him to Create Sustain.Exchange? – according to Reuters, the global cryptocurrency market peaked at $2.9 trillion in November 2021. That was considerably more than the present worth which was around $1 trillion in July 2022. Well, numbers continue to vary depending upon major micro and macro level factors in the international market. Keeping this in mind and looking at Muslim’s growing interest in the crypto world, Al-Fahim identified it as one of those potential opportunities that can dramatically change people’s perception of modern technologies. After scratching the surface and talking with knowledgeable people within the industry, he came up with an idea to launch Sustain.Exchange that will represent Muslim’s stake, contribution, and identity in the global crypto market.

What’s The Future of Sustain.Exchange? – Sustain.Exchange is a great initiative taken by Al-Fahim. It creates the essential ecosystem for Muslims to participate, invest in the crypto market, and promote the contribution of Muslims in crypto-trading and crypto-investments on a global scale. Al-Fahim believes that the evolution of sustainable competitive advantages within the Muslim world is always backed by Islamic values and perceptions. Keeping this in mind, his team has developed unique corporate and functional strategies that guide the company’s overall operations.
Sustain.Exchange is all set to bring a whole new revolution within the global crypto world by attracting millions of Muslim investors from all over the world. This is not just a vision but a reality that the entire world will witness in a short time. It is also noticeable that is gradually taking hold in the Middle Eastern region which is also highlighted in a recent article by Middle East Eye. This combined with several other key reasons, Al-Fahim got inspired by the crypto world and quickly started his quest. Just like any other crypto ecosystem project, Sustain.Exchange also follows a finite and growth-oriented success roadmap. As a result, it will be able to retain millions of community members with millions of dollars invested. Al-Fahim has already invested a considerable amount of money in his futuristic idea and as a result, his team is all ready to list SUST Tokens on major exchanges and followed by it, will launch the Sustain.Exchange.

Key Reasons That Make Sustain.Exchange Stay Distinguished – similar to other renowned cryptocurrencies and exchanges, Sustain.Exchange also offers all those exclusive benefits and opportunities to its community members but there are some value-additions as well that the entire Muslim world will get. Among general benefits and features, Sustain.Exchange is all set to offer its investors and members with best market rates, transparent fee structure, higher exchange limits, advanced trading platform, and round-the-clock support. Along with that, investors will be able to buy, sell, and monitor digital currencies like any other crypto exchange.
Moving on from those conventional benefits and key takeaways, Sustain.Exchange is all set to benefit the Muslim world with a great value-added opportunity. This includes helping more than 1.8 billion Muslims across the world in securely accessing and trading digital currencies with greater confidence and increased impact on the world.
Keeping this in view, it can be easily said that laying the foundations of Sustain.Exchange is unquestionably the first milestone achieved in terms of blockchain technology adoption within the GCC region. While looking at Al-Fahim’s dynamic vision, the launch of the SUST token and Sustain.Exchange is just the beginning and there is a lot to evolve in the crypto world from the Middle East Region.