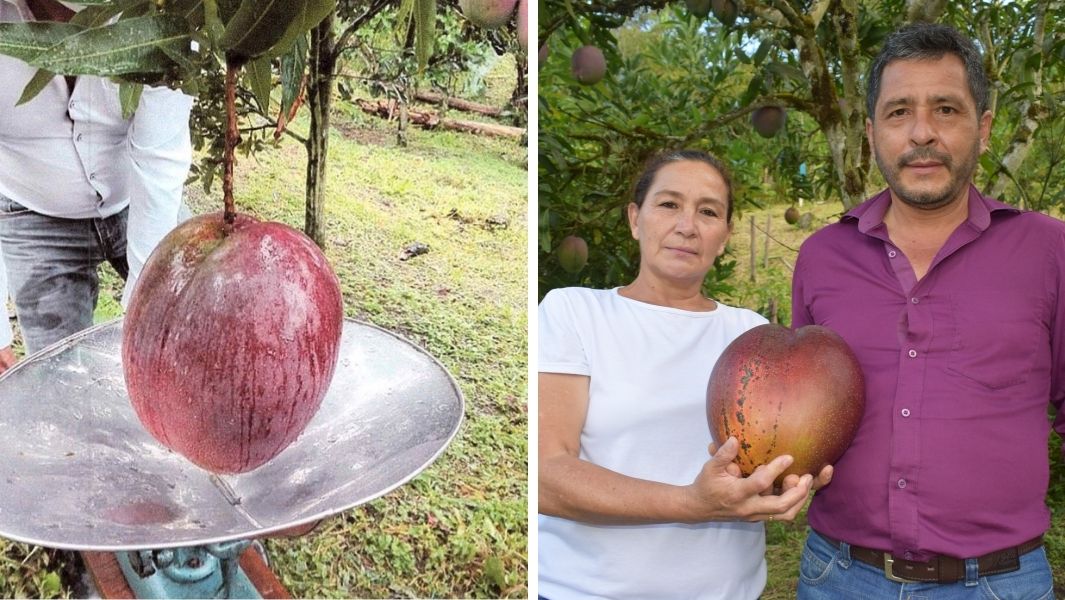 The farmer’s daughter who suggested to him to search on the internet for any record title related to heaviest mango. They realized that the mango was growing bigger than the average size. Later, they came to know they had grown the heaviest mango in the world.

Mango is a fruit of Asian origin and it harvests in tropical places. It grew in small quantities generally only for family consumption. Guayatá is an agricultural municipality with the most important products being coffee, mogolla and arepas.

The motive of farmers with this title is to show the world that people in Colombia are humble, and hardworking. He said, the land which cultivates with love produces great fruits. In times of pandemic, it is also a message of hope and joy for people.

Before eating the heaviest mango, the family made a mold out of it to make a replica and donate it to the municipality for record in the history. And as per reports, the previous record was for 3.435 kg mango from the Philippines in 2009.