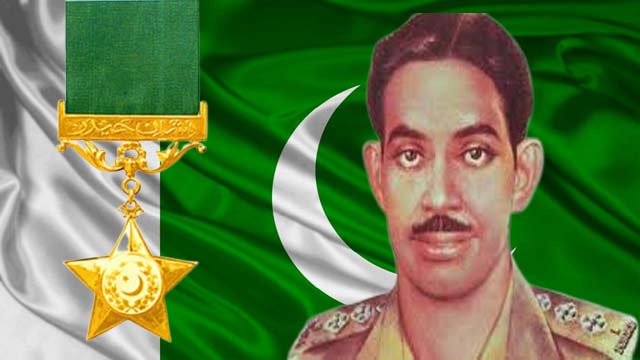 In 1944, he received his commission in the Punjab Regiment.

In recognition of giving his life in the first Pakistan-Indian War in 1948, he received the Nishan-e-Haider award.

At his grave in Gujar Khan, Rawalpindi, Major General Mumtaz Hussain placed a floral wreath at his grave.

He received the commission in 1944 and served in the Punjab Regiment in the newly formed Pakistan Army. In 1947, he voluntarily took part in the battle for retaking Kashmir. During the battle, the Indian troops were outflanked and forced to retreat to the Northern Areas.

He was posthumously awarded the highest military award of Pakistan, Nishan-E-Haider in recognition of his bravery.