* Coalition government expresses 'lack of confidence' in Supreme Court bench
* PM, parliament will be advised to legislate to restore public trust in courts
* Maryam says people know the outcome of case even before petition was filed
* Where did new word like 'trustee' CM emerge from? 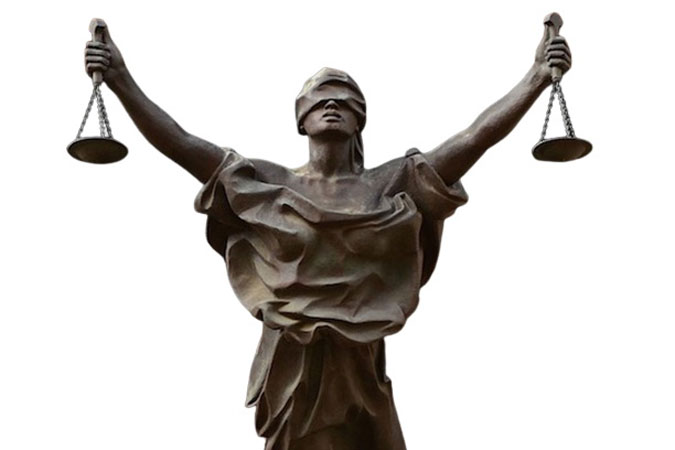 The coalition government Monday expressed its ‘lack of confidence’ in the three-member Supreme Court bench and announced a boycott of the proceedings related to the Punjab chief minister’s election after the court turned down their request for a full bench.

“Our lawyers recommended a [full court] bench but unfortunately, the bench, instead of reflecting and accepting our advice, rejected it,” said Pakistan Democratic Movement and JUI-F chief Maulana Fazlur Rehman in a late-night press conference in Islamabad.

“Therefore, the allies of all parties want to give a clear stance that if [our request for a] full court bench is rejected then we, too, reject this decision of the court. We will not appear before this bench for this case and will boycott it.

“We also want to say that there is a long history in this political system of such decisions by the judges that have created instability and destroyed the continuation of government policies, which has also created the economic crisis.

“This government wants no institution to interfere in the work that impacts the administrative functioning. Otherwise, we will advise the prime minister and the parliament to legislate so that the public’s trust in courts [could be restored].”

Earlier, addressing a joint press conference in Islamabad in the morning, all parties allied under the banner of Pakistan Democratic Movement (PDM) reiterated their demand for formation of a full court Supreme Court bench to hear a petition challenging the interpretation of Article 63-A of the Constitution by the Punjab Assembly Deputy Speaker during the Punjab chief minister elections.

The leaders of political parties under the PDM, including the movement’s chief and Jamiat Ulema Islam-Fazl (JUI-F) chief Fazlur Rehman, Pakistan Muslim League-Nawaz’s Vice President Maryam Nawaz, Pakistan People’s Party Chairman Bilawal Bhutto Zardari, and others addressed a joint news conference in Islamabad. PPP Chairman Bilawal said that they cannot let three people decide the future of the country. He demanded that a full court bench be formed to hear and decide on the petitions filed by all political parties so that everyone acknowledges court verdicts without any issue. He added that unless this is done, the political situation in the country could spiral out of control.

The PPP chairman further said that PDM only wants that the institutions to be ‘uncontroversial’. In contrast, Imran Khan had turned all the institutions into his tiger force to rule unchallenged, he pointed out.

He also hinted that certain elements and individuals wish to make Pakistan an authoritative one-unit and are upset over the steady democratic discourse of the country in which the people are actively involved in decision-making. The young PPP leader said that all PDM leaders only wish to work under a democratic system in Pakistan.

“Your selected leader destroyed the economic and democratic framework of the country in his four-year tenure.”

He maintained that the people are aware that Imran Khan drew out loans more than anyone ever did in the 70-year history of the nation which caused an immediate economic collapse.

Earlier in the press conference, Maryam Nawaz had expressed reservations about a slew of court verdicts since 2016 adding that contempt of court comes from within the very institution when judgments are contradictory. She said there is a whole list of wrong verdicts, citing the opening of the Supreme Court registry at night to admit a petition of PTI against the election of Hamza Shahbaz as the chief minister of Punjab.

Nothing of this kind ever happened in the past, she lamented. “These days even before the petition is submitted, people know the bench that will hear it and hence predict the outcome of the case too.” “This is the state of justice in our country!” she protested. The PML-N stalwart reminded the audience about the contradictory orders of the apex court in which it initially accepted the ruling of the national assembly speaker to reject votes and dismissed the ruling of the deputy speaker of Punjab assembly about PML-Q vote cancellation during recent CM polls.

She also said that the decision of the SC to de-seat national assembly members voting in opposition to the will of the party head was termed equivalent to rewriting the constitution by the independent jurists. “They also change the definition of party head depending on which political party is in question,” she added while pointing out that the judiciary is constantly devising new interpretations of the law to favour Pakistan Tehreek-e-Insaf. “Fix the scales to fix Pakistan!” Maryam Nawaz urged during the presser.

The veteran politician wondered where new concepts not even acknowledged in the legal dictionary like ‘trustee’ CM emerged from. She protested that the judiciary turned a blind eye to the holistic destruction brought about by Imran Khan and supported his manipulative tactics to bring down the government of Nawaz Sharif.

She stated that Justice Khosa helped PTI chairman out of the way to dismiss Nawaz Sharif through the Iqama case. The PML-N leader said that Imran Khan and his followers bully the judicial bench through foul language and behaviour yet no one objects to it as contempt of court. She alleged that Imran Khan handed over Rs5 billion received from the British government to Malik Riaz and took bribes in the form of 5-carat diamonds to award undue favours during his premiership. “Still, the apex court declares him honest and truthful!” she remarked and asked if all the suo motu cases are reserved against PML-N and allies?

Maryam highlighted that Imran Khan even went to the extent of slandering SC Justice Qazi Faiz Isa and was proved wrong. “Imran is playing the game with the help of Umpires and other supporters that are siding with him,” she lambasted.

“During my cases, bail applications were not heard for months and right when my bail neared approval the bench would be dissolved or a judge was sent on leave to disallow it,” Maryam revealed during the media briefing. “We never got bail within 24 hours,” the distraught PML-N leader added. Speaking further, Maryam questioned the decision makers of the apex court, “My lordship, I want to ask what did you do when Imran Khan confessed that he was wrong about Justice Qazi Faiz Isa? Was he not one of your own fellows who was wronged?”

She also highlighted that she was sent to a death cell by the judiciary while Aleema Khan (Khanum), the sister of Imran Khan, was allowed to dwell free after paying a penalty. “These are double standards!” “We are in the government yet I have been appearing in court for the past five years. We were never offered to pay a penalty to run free or get a free pass like Imran Khan on the basis of threat to life.” The PDM leader also said that Farah Gogi left the country overnight and no one had cared to put her name on the exit control list (ECL).

She also protested that the foreign funding case against Imran Khan was ignored whereby it was revealed that money was received from countries like Israel and India through the employees of the PTI chairman. She said “bench-fixing” is a crime similar to “match-fixing” and suo motu notice should be taken over it as she criticised a “specific” anti-PML-N bench being constituted for one-sided decisions.

Moving on, the PML-N leader said that the court’s interpretation of the constitution changes when there is a change in the party head – the decisions are different for Imran Khan and PML-N supremo Nawaz Sharif. Maryam said that if the party’s head is Nawaz, he will be convicted on a “trivial issue” such as the residence permit (iqama) – referring to the Panama Papers case. Maryam said that during former prime minister Khan’s tenure, the country witnessed a downfall in all sectors and the courts played “an important” role in that.

The PML-N leader asked which crime had Khan not committed; he was involved in inciting violence, attacking property, and in the attack on Parliament and the PTV. “Did any court take suo motu notice against Khan? Are the suo motus only for the PML-N and its allies?” she asked. Criticizing the judges for the recent remarks during the “Azadi March” hearing, Maryam said that despite PTI blatantly violating the court’s orders, the party was still given leverage. “After he blatantly violated the orders, the judge said that maybe he didn’t receive the order; they also said maybe they burnt the green belt to save themselves from tear gas.”

Maryam said that the courts were opened at night for former federal minister Shireen Mazari, but she was kept in jail for five months and not given bail. “The country’s [situation] is not under control, the global community is not happy with us; this is all due to Khan and the court’s decisions,” Maryam added.