75 medals for Pakistan at Commonwealth Games since debut in 1954 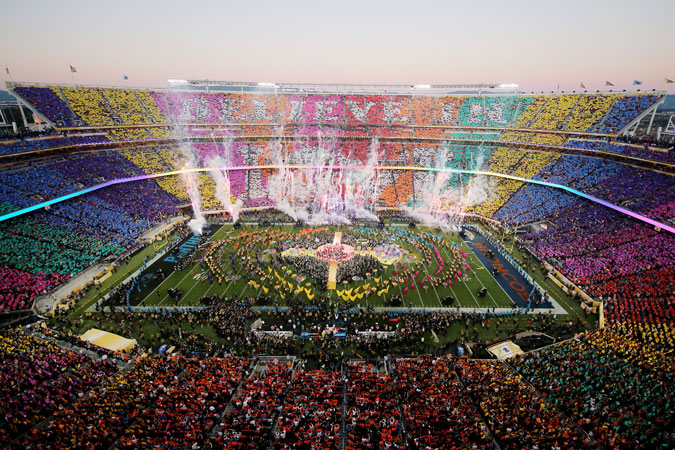 LAHORE: The 22nd edition of the Commonwealth Games rolls into action at Alexander Stadium in Birmingham, England on Thursday (July 28). England is hosting the Commonwealth Games for the third time after London 1934 and Manchester 2002. And this is the seventh edition in the United Kingdom: Cardiff 1958, Edinburgh 1970 and 1986, and Glasgow 2014. Birmingham was confirmed as the host of the 2022 Commonwealth Games in 2017. The Games were originally awarded to Durban in 2015, but the South African city had the event taken away earlier for financial reasons. Commonwealth Games is the quadrennial multi-sport event and open to countries that are members of the Commonwealth, a collection of nations and territories that were mainly once part of the British Empire. Pakistan will be represented by a 104-member contingent — 68 athletes and 36 officials — at the Birmingham Games. Pakistan athletes are set to compete across 13 sports: hockey, cricket, gymnastics, squash, shooting, athletics, swimming, badminton, table tennis, boxing, wrestling, weightlifting and para athletics.

Vibrant city Birmingham: One of the youngest cities in Europe, Birmingham is vibrant and richly diverse. It is well known for always offering a warm welcome to visitors from around the world. According to organisers, the Birmingham 2022 Commonwealth Games will demonstrate the very best of Global Britain to the world, showcasing the region’s strengths of: being connected and accessible; youth and inclusivity; and a focus on regeneration and rejuvenation. “Birmingham is truly the Commonwealth’s city, and we look forward to showcasing its humanity and pride,” maintains the organisers. 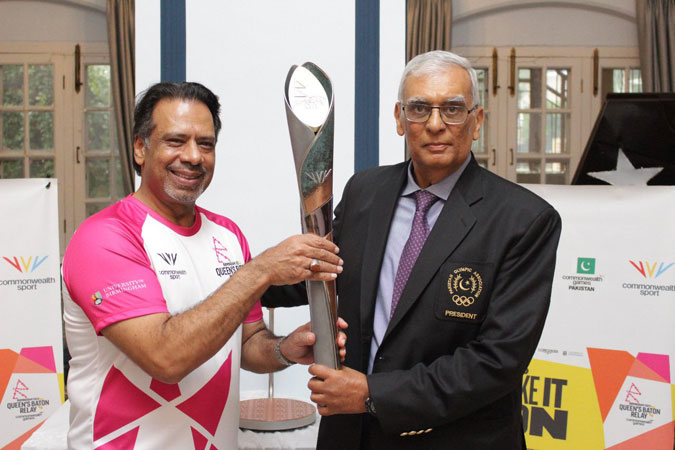 Vancouver 1954: At the their debut event in 1954 in Vancouver, Canada, Pakistan won one gold, one silver and one bronze in athletics and two silver and one bronze medal in wrestling. In athletics Mohammad Iqbal clinched gold in hammer throw, Mohammad Nawaz captured silver in javelin throw and Jalal Khan got bronze in javelin throw. In wrestling, Mohammad Amin (57kg) and Abdul Rashid (74kg) claimed silver medals and Din Mohammad got bronze in 52kg. 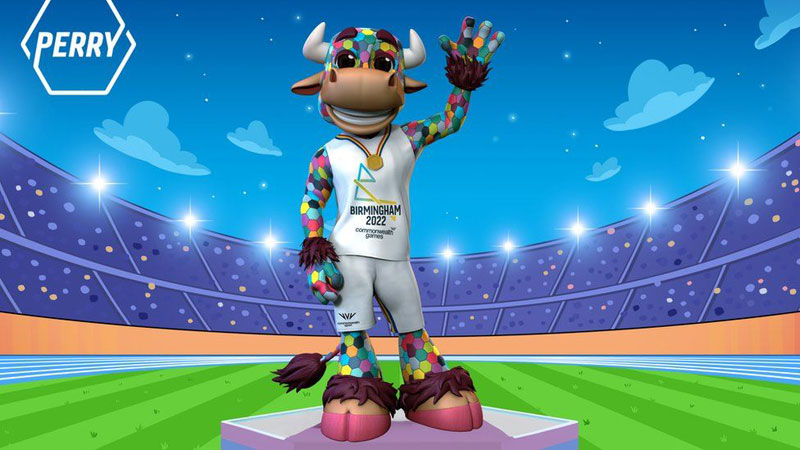 Perth 1962: In the 1962 Perth Games in Australia, Pakistan wrestlers swept the event by collecting all seven gold and one silver while the other gold the nation got in the slots was in athletics as Ghulam Raziq won 110m hurdles race. The wrestlers who got gold were: Siraj Din (57kg), Niaz Mohammad (100kg), Alauddin (62kg), Mohammad Akhtar (68kg), Mohammad Bashir (72kg), Faiz Mohammad (82kg) and Mohammad Niaz (52kg). Mohammad Saeed (90kg) claimed wrestling silver.

Manchester 2002: At the 2002 Manchester Games in England, Pakistan got one gold in boxing, two bronze in shooting, three silver in weightlifting and one bronze each in hockey and wrestling. The boxing gold was won by Haider Ali (57kg). Pakistan got their first bronze in hockey as the discipline was first included in the 1998 Kuala Lumpur edition. Shooter Irshad Ali got bronze in centre fire pistol while Irshad and Zahid Ali captured the other shooting bronze in centre fire pistol pairs’ event. Mohammad Irfan got three silver medals in weightlifting.

Melbourne 2006: At the 2006 Melbourne Games in Australia, Pakistan got one gold, three silver and one bronze. Weightlifter Shujauddin Malik got gold in 85kg while Pakistan hockey team finished with silver medal and the other silver was captured by shooter Irshad Ali in 25m standard pistol. Boxer Mehrullah won silver in 57kg while Mohammad Irfan got bronze in 76kg weightlifting event.

Pakistan’s prospects at Birmingham Commonwealth Games 2022: In the last Commonwealth Games in Gold Coast, Australia in 2018, Pakistan’s performance was not up to the mark. Pakistan didn’t perform well in the quadrennial event in which an 87-member contingent took part in ten disciplines. They won just one gold in wrestling and four bronze medals in wrestling and weightlifting. However, this time it is expected that Pakistan will win more medals in the quadrennial event to be held in Birmingham from July 28 to August 8. It is pertinent to mention that despite the Pakistan Sports Board reducing the strength of the national contingent citing financial constraints, just two weeks before the start of the Games, the Pakistan Olympic Association made it clear that there would be no reduction in the contingent. Hats off to the POA which made all the arrangements so that all the 104-mamber contingent could reach Birmingham. It is interesting to note that once a final athletes list is shared with the organisers, it cannot be retrieved. The POA had taken an undertaking from the competing national sports federations to ensure participation of their athletes even if the government withdraws support at the eleventh hour. The entire Pakistan 104-member contingent will compete in the Games. Once the size of the contingent is confirmed to the organisers, withdrawing at the last minute or even curtailing the size of the contingent is not possible
as it could create future problems for the country.

It will be a tough event for Pakistan’s hockey team who recently failed to make it to the World Cup. Yes, the team have been showing signs of improvement during the last few months under a Dutch coach and hopefully the brigade will offer tough resistance against the opponents. Pakistan’s record in the Commonwealth Games hockey event is not impressive. After hockey was included in the Games in 1998, Pakistan were able to win bronze in 2002 at Manchester, followed by silver in the 2006 edition staged at Melbourne. For this year’s edition featuring teams from 10 hockey-playing nations, Pakistan are placed in Pool A alongside Australia, New Zealand, South Africa and Scotland. Pool B comprises India, England, Canada, Wales and Ghana.

At the Birmingham Games, in some areas, Pakistan’s chances have already been dented like in weightlifting in which our potential medal hope Talha Talib will not be there as he is expected to face sanctions because of doping. Talha could have fought for gold had he been there. But still we expect something stunning from weightlifters Nooh Dastgir Butt, Hanzala Dastgir and Haider Ali. Nooh, a heavyweight weightlifter, is a big hope as he has the potential to do something amazing for the country. He won bronze in the 2018 edition in Gold Coast but his career later has since been dogged by injuries.

Last time in Gold Coast premier javelin thrower Arshad Nadeem could not click due to a back injury. If he clicks there then he certainly will be a big medal hope in Birmingham. Arshad, no doubt, is a fine athlete, having finished fifth in the Tokyo Olympics. Wrestling is the discipline where we can win a few medals. In Gold Coast, premier wrestler Mohammad Inam Butt won gold while Tayyab Raza and Mohammad Bilal clinched bronze.

Judo was not there in the last Commonwealth Games but this time it will be there and Pakistan are fielding their two major fighters, two-time Olympian Shah Hussain Shah and Qaiser Afridi who has also got a handful of medals in Asia at the junior level. Shah won silver in the 2014 Glasgow Commonwealth Games. Qaiser will make his Commonwealth Games debut. In boxing we will have to work very hard. Last time we claimed a medal in this discipline was in the 2014 Glasgow edition when the now professional fighter Mohammad Waseem snared a silver when he was beaten by Andrew Moloney of Australia in the final.

The Birmingham event will be a testing time for the Pakistan’s women cricket team, too, under left-handed batswoman Bismah Maroof. This is the first time women’s cricket event has been included in the Commonwealth Games and Pakistan are one of the seven sides, who have qualified directly. England, being the host nation, have progressed automatically, while the other six sides, as per their T20I rankings, are: Australia, India, New Zealand, South Africa, West Indies and Pakistan. Pakistan women’s cricket team previously featured in two Asian Games, winning gold in Guangzhou, China, in 2010 and in Incheon, South Korea, in 2014. In squash, badminton, swimming, table tennis and gymnastics, there is not much hope. Pakistan will also feature in the Birmingham event in para-athletics and para-table tennis.