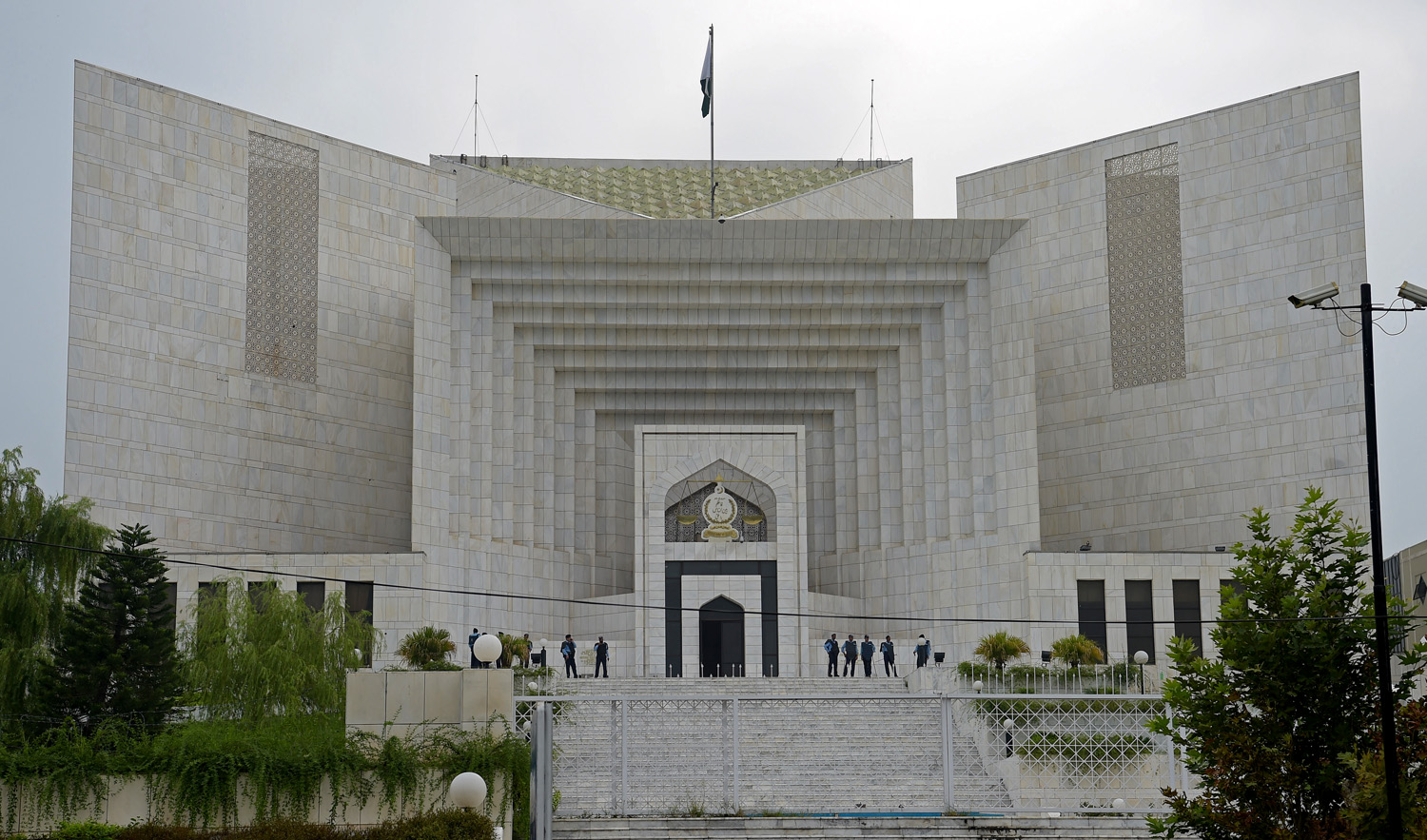 LAHORE: The Supreme Court (SC) directed Hamza Shahbaz on Saturday to work as a trustee chief minister till Monday, July 25.

During the proceedings, Advocate Irfan Qadir appeared on behalf of the deputy speaker and sought time for filing a detailed reply in the matter. The chief justice observed that it was a serious matter and the court wanted to decide it as early as possible, adding that one day’s time could be granted.

At this stage, Elahi’s counsel Barrister Ali Zafar pleaded with the court to restrain Hamza Shahbaz from forming the cabinet and fix the matter for hearing on Sunday. However, the bench observed that Hamza could maintain a small cabinet and noted that if the arguments were not concluded on Sunday, then the matter would have to be heard on Monday. Subsequently, the bench adjourned further hearing till Monday and observed that it would be heard at Supreme Court, Islamabad.

Earlier, the bench had summoned Punjab Assembly Deputy speaker Sardar Dost Muhammad Mazari in personal capacity, along with the relevant record, at 2:30 pm and issued notices to the respondents after hearing initial arguments of the counsel for petitioner Chaudhry Pervaiz Elahi, in the morning. In his arguments, Barrister Ali Zafar submitted that the elections for the slot of chief minister Punjab were held on July 22, as per directions of the apex court.

He submitted that Chaudhry Pervaiz Elahi got 186 votes whereas Hamza Shahbaz secured 179 votes. However, the deputy speaker rejected 10 votes of Pakistan Muslim League-Quaid ( PML-Q) , cast in favour of Chaudhry Pervaiz Elahi, after ruling that PML-Q members’ votes were not counted in the light of party head Chaudhry Shujaat Hussain’s letter, he added.