‘Even traitors can’t do what Mazari has done’, says Pervez Elahi 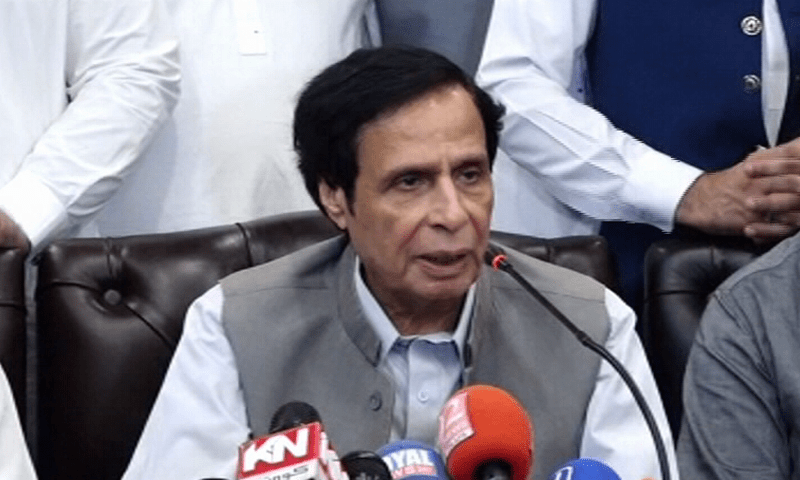 Pervez Elahi, the leader of the PML-Q and PTI’s candidate for the position of chief minister, criticized Dost Mazari, the deputy speaker of the Punjab Assembly, for rendering a contentious decision regarding the election of the chief minister of Punjab, claiming that the article 6 of the Constitution applies to him.

Pervez Elahi spoke to the media in front of the Supreme Court Lahore Registry after arriving there to file a petition challenging the decision. “Deputy Speaker Dost Mazari has committed contempt of court and violated the Constitution,” he said.

“Police were also called in the assembly on April 16 session, however, this time the court had given instructions that police will not enter the building,” he added.

The PML-Q leader claimed that they had won the election because the parliamentary party had chosen him for the chief minister of the Punjab slot.

“Deputy speaker says that neither I nor my party can vote for me,” said Elahi, adding, “Even traitors can’t do what he [Deputy speaker PA] has done and no one has ever done such things in history.”