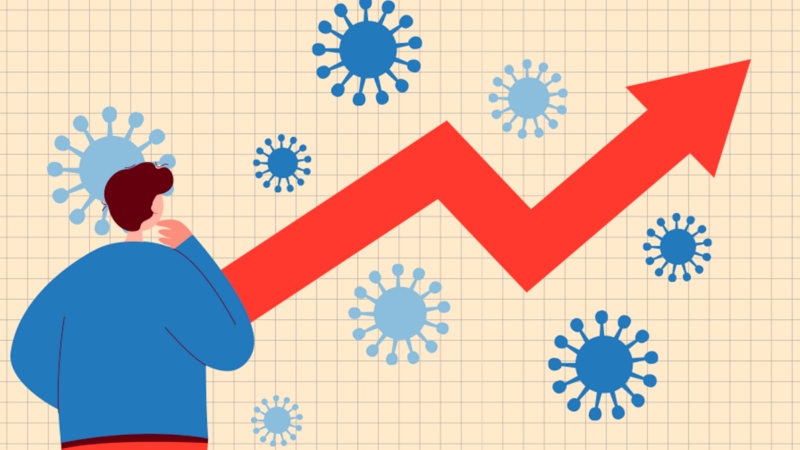 CANBERRA: Australia’s health minister has said that the “real number” of COVID-19 cases in the country is likely to double that which is being reported daily.

Mark Butler on Tuesday warned the third wave of Omicron variant infections that Australia is currently experiencing is “very significant,” with hospitalizations soaring. “There were 300,000 cases or thereabouts reported over the last seven days, and I think the chief medical officer and I are pretty confident that the real number is likely to be more than double that,” he told reporters.

“We are seeing hundreds and hundreds of thousands of Australians infected every single week in this wave.” Australia on Tuesday reported more than 50,000 new COVID-19 cases and more than 70 deaths. According to Department of Health data, there were 5,001 cases being treated in Australian hospitals on Monday, including 155 in intensive care.

It marks the first time in recent months the figure has surpassed 5,000. “The other difference obviously between the situation we confront today and in January is that hospitals are also grappling with flu, a range of other respiratory illnesses, and the usual surge in hospital activity that we see during winter,” Butler said.

Medical regulator the Therapeutic Goods Administration (TGA) on Tuesday announced it has provisionally approved a pediatric dose of the Moderna COVID-19 vaccine for children aged six months to less than six years.

Currently, this mRNA vaccine is provisionally approved for immunization to prevent COVID-19 in individuals aged six years and older, said TGA. It recommended the use of this vaccine in children from six months be administered as two doses at least 28 days apart.

The Australian Technical Advisory Group on Immunization must approve the vaccine before it can be rolled out to the age group.