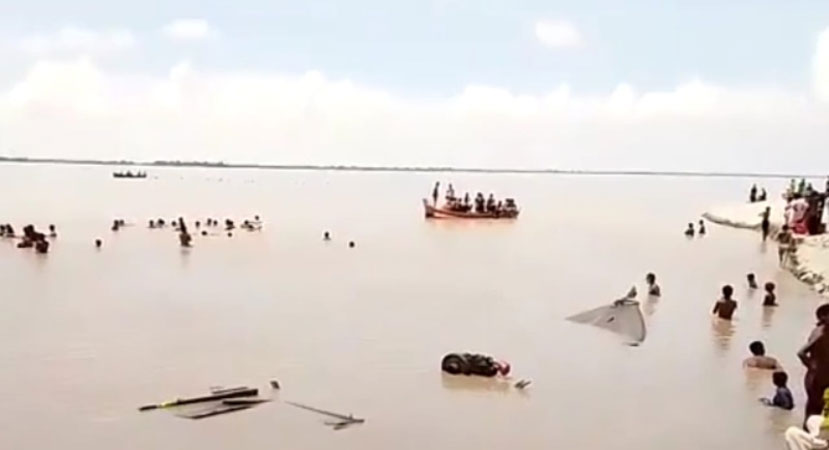 At least 19 women drowned and dozens more people are missing after an overcrowded boat carrying a wedding party capsized on Monday, officials said.

The boat was ferrying about 100 members of one family across the Indus river in a marriage procession between the villages of Machka and Kharor in Sadiqabad tehsil of Punjab province, according to police and local authorities.

Eighteen women were “confirmed dead” and 25 to 30 people “were either rescued by locals who live along the river or managed to swim ashore”, according to Sadiqabad spokesman Rana Kashif Mehmood. “Rescue teams are at the scene,” he said.

Police officer Mohammad Hammad said “most of the drowned appear to be women” because “most of the men knew how to swim”.

“The death toll may increase,” he said.

The boat, carrying a wedding party of over 100 people, was returning from Rajanpur to Machka when the incident occurred, Rahim Yar Khan Deputy Commissioner Syed Musa Raza said.

The passengers, he said, belonged to the Solangi clan, adding that the boat capsized due to “overloading and high flow of water”.

The DC said that immediately after the incident was reported, 30 rescuers, five ambulances, and a water rescue van arrived at the spot. “Nineteen bodies, all women, have been pulled from the water while a search operation is underway for the remaining passengers,” he added.

Last week, the Provincial Disaster Management Authority of Punjab had issued an alert of heavy rains in the province from July 15 to 17 urging people to avoid going into the water. “Medium to high-level flooding is expected in the hill torrents of Dera Ghazi Khan division from July 15 to July 17,” it had noted, adding that flash floods could also be reported in rivers and nullahs.

On May 15, four children went missing when a passenger boat carrying eight people capsized in the Ravi near Nankana Sahib. A rescue team managed to bring four of the occupants of the boat back to safety while an operation was carried out to find the missing children. Those who were rescued included two women and a two-and-a-half-year-old baby girl.

Villagers in rural Pakistan often use boats to travel, avoiding the higher costs of automobile transport on ramshackle roads that are often far from their homes. But women are not widely encouraged to learn how to swim in Pakistan, where conservative modesty codes still govern much of of their public behaviour.

Prime Minister Shehbaz Sharif Monday expressed his deep grief and sorrow over loss of 19 precious lives near Rahimyar Khan after a boat ferrying passengers capsized in the River Indus.

On his Twitter handle, the prime minister prayed for the departed souls and for the bereaved families to bear the losses with equanimity.